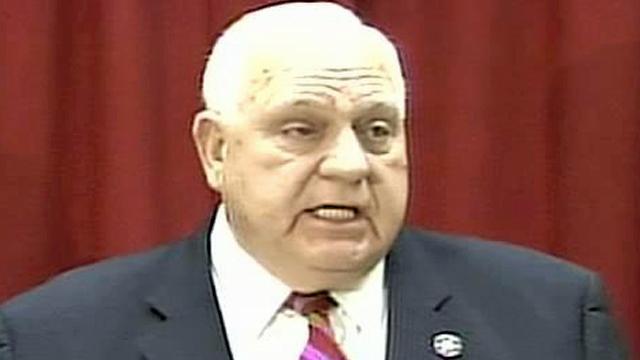 Fayetteville, N.C. — The Cumberland County Sheriff's Office sent the records of four deputies to the district attorney after a department-wide audit of possible abuse of off-duty jobs.

Sheriff Earl "Moose" Butler ordered the audit in April after Capt. LaRue Windham Junior and Lt. Neelis Smith were fired for falsifying time sheets. The deputies billed outside vendors for security jobs they claimed to have worked, although they were on the clock for the sheriff's office at the time.

The department's internal auditor reviewed more than 5,000 timesheets with 69,000 entries. The time sheets recorded the activities of 192 deputies from January 2007 to February 2008.

Butler said that he believes the discrepancies in the records of the four deputies sent to the D.A.'s office were the result of "clerical errors" and "honest mistakes."

"I don't feel that anybody has done anything criminal, other than the ones that were investigated by the State Bureau of Investigation," Butler said. "But if they have, we'll deal with them properly when the time comes."

One of the most common errors, he said, was to not record travel times between jobs. The county took a lenient position for those errors.

"We took the position that deputies were in their cars and could also respond to any need should it arise in Cumberland County," Capt. Mike Casey said.

Some of the deputies who omitted travel information were school resource officers who were already on-site for their second, off-duty job.

Among the four deputies being reviewed by the D.A., one is serving with the armed forces in Iraq, and another was in a bad wreck and has not returned to work.

District Attorney Ed Grannis said he doesn't think the audit will result in any criminal charges.