Knightdale, N.C. — A woman shot an intruder in her Knightdale office building last week did so in self-defense, her attorney said Thursday.

The claim comes as response to a statement from the alleged intruder's family, who are demanding she be charged for her actions.

Connie Wells shot Deondrea Branch at her CPA firm on Sept. 18 after he allegedly stole 10 bras from a nearby Walmart.

Police were called to the Walmart at 7106 Knightdale Blvd. for a reported larceny when Branch, 24, fled from the store on foot. Officers chased him into an office building at 7048 Knightdale Blvd.

Once there, Branch forced his way inside the two-story building, which houses multiple businesses, and encountered 54-year-old Wells, police said. Police are not releasing details about the encounter, but the incident left Branch with a single gunshot wound.

"While Connie Wells and her family understand the Branch family’s concern, the events of Sept. 18 are entirely a consequence of Deondrea Branch’s own actions," Damon Chetson, Wells' attorney, said in a statement. "North Carolina recognizes a right of self-defense, enshrined in part in common law that dates back hundreds of years and which allows a person to defend themselves from attack." 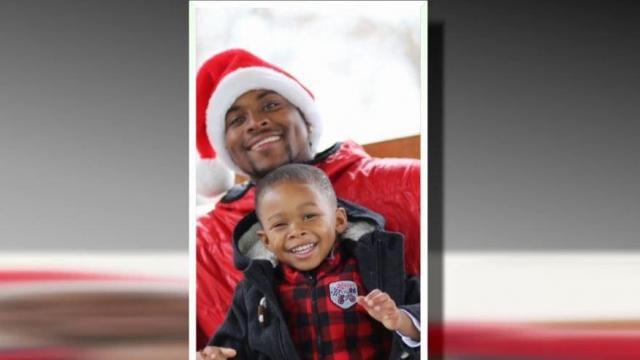 Police said Wells, who owns the business and has a concealed handgun permit, was working alone when the incident occurred. Branch has a criminal history, including an assault charge against a woman, and is also on probation for a drug charge, according to court records.

"Wells was in fear for her life as Branch broke into the office," said Chetson. "Branch repeatedly slammed against a 150-lb solid core door, bent the deadbolt securing it, and stormed into Ms. Wells’ office suite. He rushed at her and ignored her when she screamed at him to stop."

According to Chetson, "Wells lawfully exercised her right to self-defense with her legally-possessed firearm and fired a single shot because she feared Branch would assault, kill, or do her other harm."

But Willie Mitchener, Branch's stepfather, said he believes something doesn't add up, and despite what he did, Branch should not be in this hospital.

"The more I learned about the whole situation, the madder I got," Mitchener said Wednesday.

He said he doesn't believes Branch was a threat to Wells.

"You're holding a firearm, so where is the danger at when, you know, you don't see a weapon on him, so you feel like you would have the upper hand anyway," Mitchener said. "But more or less, you didn't give him a chance to respond anyway. This is a scared kid looking to hide somewhere."​

Branch, the father of a 4-year-old and a 2-year-old, is still in the hospital and hoping to walk again, his stepfather said.

The case is being investigated by the Wake County District Attorney.

"From the start, Ms. Wells has cooperated fully with authorities," said Chetson. "She and her family appreciate the quick response from the Knightdale Police Department and understand that responsible authorities must conduct a thorough investigation."