At 'The Ranch,' site of child slavery arrests, woman charged with $700K in school loan fraud 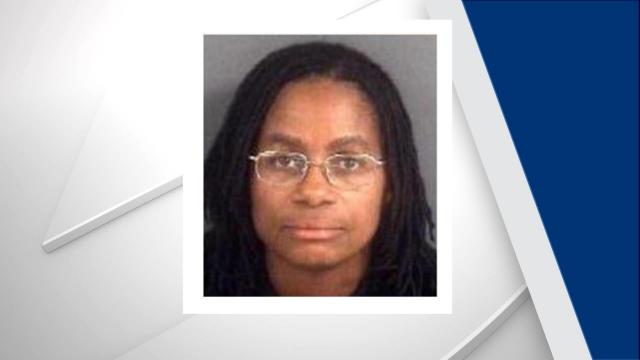 A Cumberland County woman has been charged with student loan fraud. Brenda Joyce Hall, 51, of Goodwin, lived at "The Ranch" owned and operated by "tent revival preacher" John McCollum.

McCollum was the leader of the group that lived off McCollum Road and operated several John C’s Fish Markets and mobile grills in Cumberland County, officials say. He died in August of 2018, according to his attorney.

Children of the members of McCollum’s group, some as young as 9 years old, were forced to work full time in the fish markets with little or no compensation, lifting heavy boxes, keeping fish iced, cutting fish and cleaning, as well as performing construction and maintenance on the mobile grills after hours, authorities said.

Hall was alleged to have worked at these fish markets and operated a home school called the Halls of Knowledge at The Ranch. As much as $700,000 in student aid was awarded to Hall's students as a result of fake transcripts made at The Ranch. Another person living at The Ranch notarized the transcripts, according to the indictment.

The indictment accuses Hall of approaching students living on the Ranch and convincing them to enroll in online classes at Wake Technical Community College.

Most students living on The Ranch did not graduate from high school and were not eligible to take classes at Wake Tech.

Hall told the prospective students she would help them receive a high school diploma, they would get a laptop to do their work, and they would not be responsible for the loans, according to the indictment.

Once the students did enroll and receive aid, they were instructed by Hall to turn over that aid to The Ranch. These funds were used to operate The Ranch and the fish market, according to the indictment.

Hall is charged with:

McCollum, Hall and eight others were arrested in January 2018, following an 11-month investigation. Authorities had been working for some time to gather evidence and make arrests in the case, but got a break in August 2017, after they found a 15-year-old who had run away from McCollum’s compound.

Investigators were unsure how many children were involved in the group over the years because McCollum took his crusade across the country to recruit children.