Astrology Is Hard, Even if It’s Fake 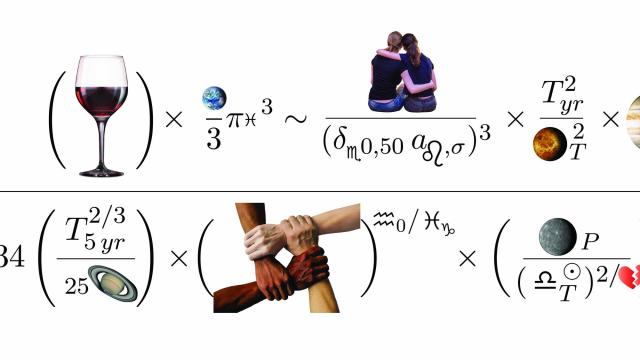 On the morning of the International Society for Astrological Research’s Certification of Astrological Proficiency (ISAR CAP) exam, which was held at a Marriott in Chicago on a balmy morning in May, the cosmic weather boded well. The moon was in Sagittarius, the most erudite of the signs, and the communication planet Mercury had just entered quick-witted Gemini. There had been a dramatic full moon the night before, but the handful of astrologers who’d signed up to take the test didn’t seem too shaken by it. They were, after all, professionals — or at least, hoping to be, having undergone years of intense preparations for this six-hour “metaphysical SAT,” as one called it. Although technically open book, the ISAR CAP has a reputation for being one of the most grueling exams in the astrological field.

Yes. In 2018 there are multiple rigorous exams that assess one’s ability to read the stars.

And yes, it may seem strange to apply extremely technical standards to this abstract spiritual practice, but doing so isn’t without precedent. Astrology has existed, in some form, since at least ancient Babylonian times and was long considered a logical means of making sense of the world. It wasn’t until rationalism became all the rage in the 19th century that astrology was relegated to the realm of the mystical and absurd.

Today, it’s mostly considered the province of women’s magazines and Instagram memes, at best a harmless fiction and at worst a pernicious pseudoscience. But for a rising number of students and specialists, the practice is extremely serious, if admittedly unscientific.

The uptick in astrology’s popularity has been attributed to a rise in unconventional spirituality, a playful brand of post-recession nihilism (in which it doesn’t even matter if “astrology is fake,” as the meme goes) and, of course, the internet. (Alternatively, it could be that everyone born from November 1983 to November 1995 has Pluto in Scorpio, which draws them to occult practices and magical thinking.)

There are also more ways than ever to become well-versed in astrology. Star charts can be quickly generated online and delivered by apps, emails and the like, and astrologers can speak to thousands of students using social media. It beats the old-fashioned way: Pre-internet, generating a star chart required a number of byzantine conversions and calculations and at least two esoteric reference books.

In other words, to do it by hand, it takes an expert.

For example, to calculate a person’s natal chart, which is used to assess personality, psychological patterns and life path, one must first identify the precise placements of planets within the sky at the time of someone’s birth, relative to the exact location at which their birth occurred. That information is then cross-referenced with the 12 astrological houses — fixed, conceptual divisions of the celestial sphere, each of which rules a specific area of life (e.g. the subconscious mind, marriage and partnerships) — and the 12 zodiac signs, which are in constant motion through the houses and correspond to the sky as it appears from the Earth.

A full astrological natal chart reading accounts for all these variables, as well as the exact angles each celestial body makes to others in the sky, and yields personalized results. This part is as objectively “real” as any other time-related conception of Earth: It involves applying unchanging mathematical formulas to finite historical data. It’s the next part — the interpretation of those results — that plunges astrologers into the realm of what they might call inference or intuition, and what nonbelievers might call memorized random associations.

Interpretation is one of many skills that the ISAR CAP tests. It includes an essay portion and about 600 multiple-choice, true-false and short-answer questions, which cover chart calculations, the history of astrology, basic astronomy as applied to astrology and forecasting skills. Sample questions include: What is the sun’s greatest distance from the celestial equator? What is the harmonic of a quintile aspect, and how many degrees is it? And how often are Mercury and Venus trine? (Trick question! A trine is a 120-degree angle between two planets, which never occurs between Mercury and Venus!)

“Since astrology tends to be something people perceive as mystical and magical, maybe a bit made-up, I just really thought that having a certification would show due diligence,” said Debbie Stapleton, a hairstylist with bangs and ornate beaded earrings. An industrious Capricorn, she had traveled from Canada to take the test.

Getting certified, Stapleton said, “would give me the professional confidence moving forward that I’d been evaluated by the elders in my community, by my peers, and that there are these standards.”

This year’s exam was held during the United Astrology Conference (UAC), a major astrological networking event that has been hosted once every four or six years since 1986. (It remains unclear who, exactly, decides when it will be quadrennial or sextannual, or how they do so.) The conference in May was the best attended in history, attracting around 1,500 astrologers, who spent the week attending panels with names like “How to Work With the Moon,” “Eclipses: Portals of Destiny” and “The Astrology of a New Vision of Capitalism.”

The astrologers were there to share research and meet luminaries in the field. Possibly also to purchase crystals and psychedelic caftans at the pop-up marketplace, yes, but many said they were deeply invested in establishing astrology as a legitimate profession. Astrological certification is a crucial part of this last goal; throughout the weekend, a handful of people compared it to passing the bar or getting accredited as a therapist.

“It’s good that we have this standard of learning — very, very good,” said Shelley Ackerman, the official spokesperson for UAC and a diplomatic Libra. “Not that it guarantees absolute perfection in the field, but it certainly does eliminate and address a lot of mishaps that could have happened if you don’t have the training.”

“We can say things that can inspire people,” Stapleton said, “but if we’re not careful, we can say things that frighten and damage and alienate people.” (ISAR expressly forbids members from making predictions that are scary or extreme, such as prophesies about deaths or other calamities, even when they can clearly see them on someone’s chart.)

ISAR’s isn’t the only astrological certification exam in existence — there are other metaphysical organizations with certification programs of their own, most notably the National Center for Geocosmic Research (NCGR). But the ISAR CAP stands out in the astrological community for its strong emphasis on how to properly counsel clients. In addition to the bafflingly rigorous exam (446 questions longer than the nonmetaphysical SAT), students must also complete a 2 1/2-day counseling skills training and an ethics course, which culminates in a second test. (It is, thankfully, much shorter.)

“The bottom line is astrology is not for the impatient or faint of heart,” Ackerman said. “You have got to love puzzles, math, myth, and the complexity of life. You can’t be in a rush and be a good astrologer.”