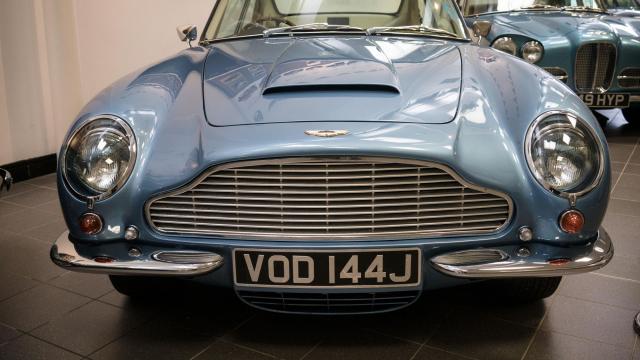 The potential offering would mark a turnaround for the once-troubled company, which has filed for bankruptcy seven times over its century-long history and passed from owner to owner, including the likes of Ford Motor.

A stock sale would also plant Aston Martin’s flag in the markets as an independent, publicly traded British carmaker as its home country heads toward divorce from the European Union.

The plans for an offering signal a belief that even after Brexit, Aston Martin’s luxury sports cars and sedans will appeal to deep-pocketed auto buyers worldwide. In a regulatory filing, the company specifically said it stood to benefit from growth in “high-net-worth individuals,” particularly in Asia.

“Aston Martin Lagonda has been transformed into a luxury business focused on creating the world’s most beautiful high-performance cars,” Andy Palmer, Aston Martin’s chief executive, said in a statement.

The company’s main draw is its history as one of Britain’s most revered makers of lustworthy automobiles. Its most famous customer, of course, was the superspy 007, who drove Aston Martins that fired machine guns, featured ejector seats and on at least one occasion turned invisible across 11 movies. (Regrettably, they rarely came back in one piece.)

If the company moves forward with an initial offering — it will make a final decision next month — it will follow in the footsteps of Ferrari, the Italian luxury carmaker. That company currently commands a premium valuation among investors, with its $24 billion market capitalization trading at a lofty 35 times its estimated earnings for the next 12 months. (By contrast, Daimler, the maker of Mercedes-Benz cars, trades at seven times similar estimates.)

Underpinning Aston Martin’s financial aspirations is a business plan focused on both Bond-esque speedsters and, through a reintroduction of its Lagonda brand, a line of luxury electric SUVs and sedan cars.

Roughly a quarter of the company’s stock would be publicly traded in any such listing. Two of its owners, Invest Industrial of Italy and Investment Dar of Kuwait, would sell some of their holdings. But another major investor, Daimler of Germany, would retain its 4.9 percent stake.