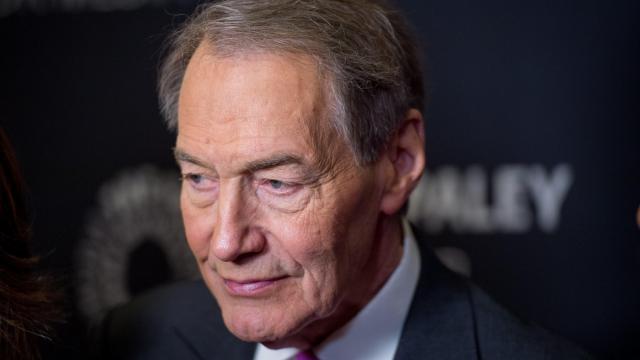 Chapel Hill, N.C. — The professional consequences of sexual misconduct allegations against Charlie Rose will be noted in the newsman's biography in the North Carolina Media and Journalism Hall of Fame, but he won't be kicked out of the hall, according to organizers.

Rose, a Henderson native, was fired from CBS and PBS on Nov. 21 after several former female staffers accused him of groping and inappropriate behavior.

He was inducted into the state's journalism hall of fame in 1999, and Susan King, dean of the School of Media and Journalism at the University of North Carolina at Chapel Hill, which administers the hall, said Thursday that "[h]is fall from grace must be documented along with his career."

"What does one do if faced with revelations about workplace aggression from a well-known journalist like Charlie Rose? If you are his boss, you fire him. If you are the dean of a media and journalism school, you use it as a learning opportunity," King said in a statement.

"[T]o have him disappear with Kremlin-like efficiency could be to wipe him out of history without making a point. Transparency is critical to journalistic standards," she said. "It would be easy to simply remove Rose from the Hall of Fame with indignation. It wouldn’t be enough."

Three weeks ago, the DeWitt Wallace Center for Media & Democracy at Duke University took the "unprecedented step" of rescinding a journalism award given to Rose in 2000. Rose received both his bachelor's and law degrees from Duke, and he received an honorary doctorate from the school last year.