Ask Laura: Why is 13 the minimum age for most social media apps? 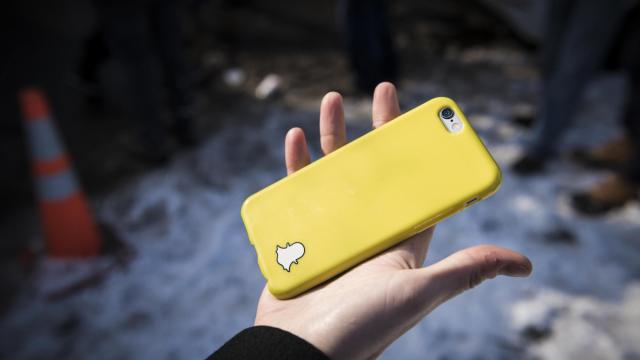 By Laura Tierney, The Social Institute

Editor's note: In this monthly series, social media expert and Durham mom Laura Tierney, founder of The Social Institute, answers your questions about social media and kids. If you have a question for Laura, email her at contact@thesocialinst.com.

My daughter is 12 years old and in the 7th grade. She is begging me to join Snapchat. It’s my understanding that most social media platforms require users to be age 13 and above, but my daughter says no one adheres to it and that nearly all of her friends are on Snapchat. Why is the minimum age 13 in the first place, and is that something I should stick to when considering Snapchat?

Excellent question. It’s important to know that the age limit for most apps was not set because researchers believe students are mature enough to handle social media at age 13. The age limit is 13 because of the Children’s Online Privacy Protection Act (COPPA), which was passed in 1998. COPPA restricts websites from tracking data on children under 13, which is why most apps do not want kids younger than 13 to join.

So, the big question is how do you know if your child (and you) are ready for her to join this platform? First off, you need to familiarize yourself with the app. Here’s the quick rundown on Snapchat.

At its most basic level, Snapchat is a messaging app that lets users send pictures and videos that disappear after the recipient closes them. It’s full of fun filters, text overlays, drawing tools, stickers, and emojis that make each “snap” way more awesome than a standard image or video. Once a message is opened, it disappears after 10 seconds.

One of the big reasons kids are so obsessed with Snapchat is because it publicly rewards users who exchange Snaps for consecutive days -- this is called Snapstreaks. These daily snaps are sent between friends for weeks, months, or even years at a time. Teens will do almost anything to keep the Streak alive. I’ve even spoken to kids who say they’ve kept a Snapstreak going long after the friendship has faltered.

Because of the disappearing content factor, parents worry that Snapchat is only a tool for inappropriate messages. Certainly, parents need to talk early and often about the dangers of sending any inappropriate content.

Let kids know that they should consider all snaps permanent -- even though they seemingly disappear. Why? Because screenshots don’t disappear, and up to 80 percent of teens surveyed by The Social Institute admit taking a Snapchat screenshot and sending it to other friends.

(Your child may tell you that if someone takes a screenshot of a snap inside the app, the sender will be notified. That is true. BUT -- there are third party apps that allow people to screenshot snaps without the sender ever knowing).

If, after doing your Snapchat homework, you decide to allow it -- talk with your daughter about these three important topics:

Whatever you decide to do, continue to keep the lines of conversation open with your daughter. Be empathetic -- knowing that social media for kids is just their way of being social, period.

And for more details on the ins and outs of Snapchat (or any app), head on over to our Social Locker Room, where you can find a parent’s “playbook” with the 411 on each app.

Laura Tierney is founder and president of The Social Institute, a Durham-based company that teaches students nationwide positive ways to handle one of the biggest drivers of their social development: social media.