As Zika virus arrives in US, NC left without mosquito monitoring program 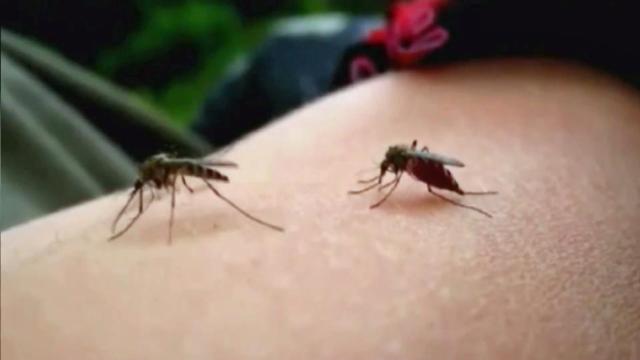 Raleigh, N.C. — North Carolina lacks the ability to track and combat the spread of mosquitoes as the Zika virus that has been blamed for brain-damaged babies in Brazil makes its way into the United States, according to the state's chief epidemiologist.

"Our biggest limitation is that mosquito surveillance and control is very limited in this state," Megan Davies, epidemiology section chief in the North Carolina Division of Public Health told the Joint Legislative Emergency Management Oversight Committee on Thursday. "There used to be funding for localities to do mosquito control that is no longer available."

Two different programs aimed at controlling mosquitoes and other pests were pared back, and then finally eliminated, under Gov. Bev Perdue, a Democrat, and Republican Gov. Pat McCrory, as both governors and the General Assembly struggled to get a hold on budget shortfalls that were symptoms of the recession.

In 2010, Perdue and the Democratic majority in the General Assembly made the first cut to grants that helped local governments control mosquitoes. In 2011, a Republican-controlled General Assembly voted to eliminate the "vector control program," which monitored and analyzed the spread of mosquitoes as part of what is now the Department of Environmental Quality. The last of the mosquito control grants for local governments were eliminated in 2014.

"This is something that I wan to discuss further," said Rep. John Faircloth, the committee's chairman. "We just can't ignore it. The potential for something bad is there."

Faircloth said there may have been valid reasons to eliminate the funding, but, he said, "we ought to at least take a look at it."

The legislature is not in session right now. But oversight committees like Faircloth's make recommendations for actions lawmakers will take when they return on April 25.

Faircloth added, that diseases other than Zika are of concern as well and may provide even more of a reason to invest in mosquito management.

Zika isn't the first mosquito-borne virus to find its way to the United States. Related viruses such as Chikungunya are far more common.

"The (mosquito-borne) disease that's most common in North Carolina is La Crosse encephalitis," Davies said, referring to a disease that, like Zika, often doesn't cause physical symptoms in those who contract it.

According to the federal Centers for Disease Control and Prevention, "No local mosquito-borne Zika virus disease cases have been reported in U.S. states, but there have been travel-associated cases."

But Zika is now grabbing headlines as an outbreak of the virus in Brazil has been linked to microcephaly, a condition in which infants are born with smaller-than-normal heads and brain damage. Although there have been reports of the virus being transmitted through blood transfusions and sexual contact, mosquitoes remain the primary mode of transmission, Davies said. The disease is all the more in the news because Brazil will host this summer's Olympic Games.

Davies said there's a potential for mosquitoes with Zika to crop up in North Carolina this summer, although it's unclear how widespread or severe any outbreak might be.

North Carolina, she said, is ramping up its ability to test for the disease and is providing information to travelers and women, especially those who may become pregnant.

Rep. Larry Pittman, R-Cabarrus, asked Davies if North Carolina ought to revive a program that conducted broad spraying for mosquitoes.

Davies said that the type of mosquito that is the most common in the state is a "backyard breeder" and may not be susceptible to wide-area spraying programs. She said that experts in the spread and lifecycle of mosquitoes would be better equipped to say which, if any, mosquitoes are carrying problematic viruses and how to eradicate them.

"That's why we need some entomologists working to determine what the best way to control might be," she said.