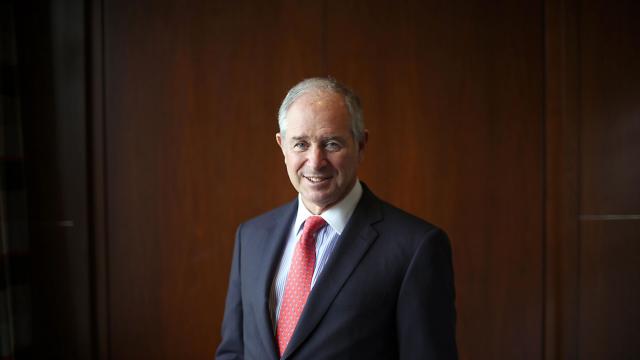 When Presidents George W. Bush and Barack Obama talked tough about labeling China as a currency manipulator, Wall Street urged restraint — and both presidents backed down.

Today, China is hoping that Wall Street will once again use its political heft to soothe tempers in Washington. But as President Donald Trump ratchets up the trade war with Beijing, Wall Street’s words are falling on deaf ears.

Senior Wall Street executives met in Beijing on Sunday with current and former Chinese officials and bankers at a hastily organized session to find ways to strengthen financial ties between the United States and China. On Monday, the group — which included executives from Goldman Sachs Group, Morgan Stanley and the Blackstone Group, the private equity firm, among others — planned to meet with Vice President Wang Qishan, the right-hand man of Xi Jinping, the country’s leader.

New trade talks between the two governments are tentatively scheduled between Steven Mnuchin, the Treasury secretary, and Liu He, a Chinese vice premier, later this month in Washington. Stephen A. Schwarzman, Blackstone’s chief, has been playing a critical role in organizing them, say people familiar with the talks, who asked for anonymity because the process is sensitive.

But the Chinese have indicated that they will pull out of the talks if Trump follows through on his threat to impose tariffs on another $200 billion in Chinese goods, according to a person familiar with the matter. Trump has told advisers that he wants to move ahead with the new round of tariffs and an announcement could come as early as this week, another person familiar with the discussions said.

That continues a frustrating trend for America’s financial titans: Even as they win tax cuts and regulatory rollbacks from the Trump administration and the Republican-controlled Congress, they appear to be able to do little to stop the trade war.

Wall Street has long gambled that helping China would pay off. China has been slow to open its vast but tightly controlled financial markets, and Wall Street banks hope to get more business advising Chinese companies on acquisitions in the United States, lending money and selling financial services. Pressure from the Trump administration is now bearing fruit as China has begun to open its financial markets to foreign banks, though a worsening trade war could stymie that progress.

The financial sector’s arguments have often found a sympathetic ear in Washington. During the last two decades, China has emerged as a major global economic growth driver and as an important customer for many U.S. companies, including Apple, Qualcomm and General Motors.

But the Trump administration’s trade hawks have so far prevailed against Wall Street-friendly voices of trade moderation, such as Mnuchin, a onetime Goldman Sachs executive. That is partly because the trade war has not shown Trump much downside. His stance has won support from both parties. The U.S. economy shows few signs of trade-war damage, and markets continue to rise.

Even if Republicans lose Congress in November’s elections, the trade war will probably continue, said Robert B. Zoellick, a former U.S. trade representative. Only a slump in the markets might make him reconsider, Zoellick said.

JPMorgan’s chief executive, Jamie Dimon, a onetime informal adviser to Trump, said Wednesday in a speech that “I’m smarter than he is” and that unlike Trump’s, his personal wealth “wasn’t a gift from Daddy.” Trump the next day called Dimon a “nervous mess,” and Dimon has since said he should not have made the remarks. Others, like Morgan Stanley’s chief, James Gorman, and the chief executive of Goldman Sachs, Lloyd C. Blankfein, opposed Trump policies like his original travel and immigration ban.

In the past, Wall Street was an effective advocate. In the late 1990s, when China’s effort to lower trade barriers faced tough political opposition, China flew its premier, Zhu Rongji, to New York City to meet directly with financial and business leaders. Senior leaders of Goldman Sachs and the American International Group, the big financial conglomerate, urged Clinton to strike a deal. He did, and China joined the World Trade Organization in 2001.

Wall Street also discouraged the United States from formally accusing China of manipulating its currency. Both Bush and Obama vowed to get tough on China’s long-standing efforts to weaken the value of its currency to help its importers. Wall Street banks urged them to reconsider. Both ultimately backed down. (Trump has also threatened to label China a currency manipulator, though the currency has strengthened considerably in recent years. Business leaders and some members of his administration have discouraged him from acting.)

Schwarzman is working behind the scenes to get China and the United States talking again. He urged U.S. officials to invite their Chinese counterparts to resume talks, according to the people familiar with the discussions.

“There’s some discussions and information that we’ve received that the top of the Chinese government wishes to pursue talks,” he told Fox News.

The meeting in Beijing on Sunday — organized by Zhou Xiaochuan, China’s former central banker, and John Thornton, a former Goldman Sachs president — gave Wall Street a chance to press for more business from China. The bankers were planning to present Wall Street’s wish list for more market access, including creating a more transparent process for financial firms to get operating licenses and expanding the services that U.S. bank branches can offer.

Because the meeting was called on short notice, top Wall Street executives did not attend. Most sent a senior executive, like Franck Petitgas, head of Morgan Stanley’s international business; John Waldron, president of Goldman Sachs; and Jon Gray, the No. 2 executive at Blackstone. Officials will pass suggestions to Liu, Xi’s top economic adviser.

Prospects are good that this type of outreach will help, said Wendy Cutler, a former U.S. trade negotiator.

“Traditionally there have been these back channels, and one of the reasons why Beijing has put people like Liu He in these senior positions has been because they have such good relationships with Wall Street,” said Cutler, who is vice president of the Asia Society Policy Institute.

“To date, these back channels don’t seem to be working in moving this administration towards a negotiated solution.”