Wake County, N.C. — As the Triangle grows, with it comes more jobs, more businesses and more residents, but there is also more need.

Wake County Meals on Wheels serves about 13,000 people a day.

The waitlist has grown to more than 130 people in a matter of weeks, but the resources fall short, and the waiting list of clients continues to grow.

"So, our numbers have gone from somewhere around 15 or 20 to 134," executive director Alan Winstead said. "Anytime the waiting list goes up six-fold, we consider that to be very significant." 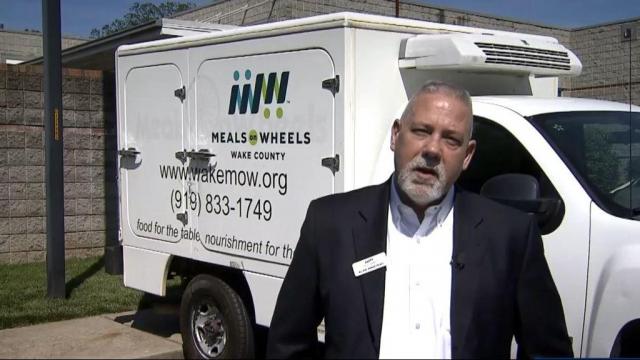 Verdell and Patricia Warren have been married for 52 years. The couple doesn't drive and they can't walk anywhere to catch a meal.

"I had a heart attack," Verdell Warren said. "I had open-heart surgery, three valves replaced, plus she has had two, three, four, five strokes."

They generally sit at home and watch their favorite shows as they wait for two hot meals, one for each of them, to be delivered from Meals on Wheels of Wake County.

"Well it's a big help to me," Verdell Warren said. "I don't have anybody else to help."

Deliveries cost Meals on Wheels about $7 per plate, which is what's keeping them from clearing the waiting list.

"We have plenty of volunteers every day, we get between 125 and 150 volunteers to help us deliver, but it's just been the cost of the meals we've been unable to pay for," Winstead said.

The Warners said they can vouch for the value of a hot meal, and Meals on Wheels could use a "big help" right now.

Meals on Wheels of Wake County has been delivering meals since the mid-1970's, delivering more than 9 million meals so far.

"So it's our time to look out after older adults, who are our friends, our families, our neighbors," Winstead said.