Lumberton, N.C. — Family and friends are holding out hope that 13-year-old Hania Aguilar will be found safe as the search for the missing girl entered the fifth day on Friday.

Aguilar, an eighth-grader at Lumberton Junior High School, was abducted Monday by a man dressed in black and wearing a yellow bandana while she was standing outside her family's home in the Rosewood Mobile Home Park, at 3525 E. Elizabethtown Road. The man drove off in the family's SUV. 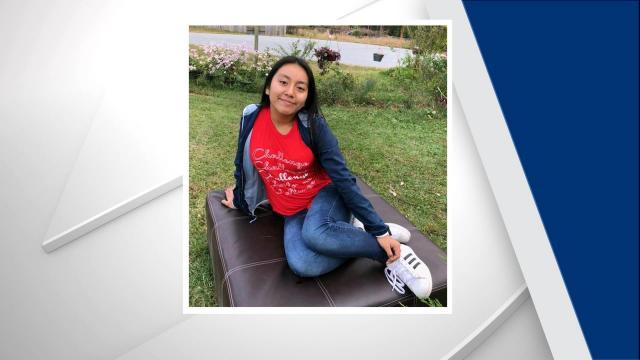 Lumberton Police Chief Michael McNeil and the FBI said the stolen vehicle was found Thursday shortly before 8 a.m. off Quincey Drive in Lumberton. The FBI's Evidence Response Team was set to process the vehicle for evidence, investigators said.

On Thursday, the FBI also released surveillance video showing what appears to be a man walking in the area where the girl was taken.

Investigators said the man was walking south on Lambeth Street before turning north on N.C. Highway 41 toward the mobile home park. Anyone who saw the person was asked to call a tip line set up for the case at 910-272-5871.

"Someone may recognize something about the way this person walks or their mannerisms or clothing," said FBI spokeswoman Shelley Lynch. "Also, we saw in that video that many people drove by the person as he was walking. He may recognize himself."

The FBI is not calling the person in the video a person of interest or a suspect. They would like to find out if he has any information that can help the investigation.

During a news conference on Friday, Lumberton Police Chief Michael McNeill said it breaks his heart that they have not found Hania yet.

"Now, we're asking anyone who lives within a mile of Quincey Drive to check your own property. Check your outsheds, your outbuildings. You know them better than we do," he said.

As hundreds of people are actively searching for the missing teen, members of the state's Emergency Management Division conducted grid searches where the vehicle was discovered.

Authorities said they are not giving up until Hania is located and the person who took her is found.

The FBI is offering a $15,000 reward for information leading to Hania. On Friday, the governor's office offered an additional $5,000.

A vigil was planned for Friday night.