As Midterms Approach, Keep an Eye on the Market 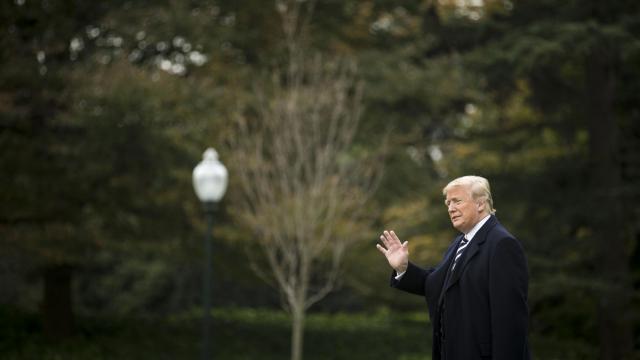 There has been a deficit of cheerful news lately about U.S. politics. And with the midterm elections looming, it may be difficult to think clearly about anything else.

So here’s a tidbit that may be diverting and even mildly comforting: The midterms have consistently been good for the stock market.

Remarkably, this has been true for every midterm election since World War II.

The data shows that it hasn’t mattered who won or lost or which party controlled the White House or Congress, either before the voting or as a result of it. Whatever the political configuration or the election results, the midterm election season has been an excellent one for stocks.

The pattern “gives a very positive message for the market,” said Ned Clissold, chief U.S. Strategist for Ned Davis Research. “It’s only part of the picture, but it’s a positive part.”

The numbers tell the story. Since 1946, in years with midterm elections, the S&P 500 has gained a median of 18.4 percent in the nine-month period from Sept. 30, just ahead of voting, through June 30 of the following year, according to data compiled by Ned Davis Research. In that same period in nonvoting years, the index gained 4.9 percent.

Diving a little deeper into the Ned Davis data, the pattern is evident when presidential terms are broken down into three-month quarters. Each four-year presidential term has 16 quarters, and the best one has typically been the quarter we are in now, the fourth quarter of a midterm year.

In this midterm quarter, the stock index since 1946 has gained 7.5 percent on average. The next best two quarters in performance have been the next two quarters chronologically — the first and second quarters in the year after the midterm election — with average gains of 7.5 percent and 6.6 percent.

There have been declines within these periods — including one, in 1946, as large as a 15.4 percent loss — but in every case, the net result for the nine-month midterm season was a market gain.

But why? That’s the problem with this pattern: Because presidential motivations and actions aren’t sufficiently documented, there is no conclusive explanation, though a great deal of academic work has been done on this subject, as I’ve written just before the last two midterm elections.

The main working hypothesis is a cynical one: Presidents are politicians who care overwhelmingly about their own re-election. (And to a much lesser extent, two-term presidents look to ensure the election of their successors.) They stimulate the economy — and, indirectly, the stock market — for maximum effect as their own elections grow closer, or so the theory goes.

That implies that their first year in office is the best time to make politically painful moves, which won’t hurt them in the polls later. And it follows that it’s better to gin up the economy in the second half of their tenure, starting around the midterms. If the good times are going to roll, let them roll closer to a presidential election.

Cause and effect have been difficult to prove. The one case with a smoking gun occurred, naturally enough, in the Nixon administration.

Secret White House tapes, combined with the investigations of the special prosecutor and the House Judiciary Committee, as well as efforts by private individuals and researchers, are gradually giving us a more precise view of the internal workings of the government in that era than is available for other administrations.

Thanks to those Nixon White House tapes, Burton A. Abrams, an economics professor at the University of Delaware, has shown that in 1971 and early in the 1972 election year, President Richard Nixon secretly pressured the Federal Reserve chairman, Arthur F. Burns, to expand the money supply, with the goal of ensuring Nixon’s second term.

Nixon took other actions, including the imposition of wage and price controls to curb inflation, all aimed at improving his standing in the polls. And he crushed Sen. George McGovern in the presidential election of 1972.

In some cases, however, presidents appeared to act against their own self-interest in economic matters. In retrospect, President Jimmy Carter’s appointment of Paul Volcker as chairman of the Federal Reserve in July 1979 may be seen in this light, as a public-spirited sacrifice.

Volcker’s tight monetary policy reined in the rampant inflation of the era, but also helped to start the recession that lasted from January through July in 1980 — and doomed Carter’s bid for a second term. (The Iran hostage crisis didn’t help, of course.) Carter lost to Ronald Reagan in November 1980.

Still, the patterns in the stock market over a very long period appear to be persuasive. (Even for Carter, the stock market eked out a small gain, 0.4 percent, in the midterm election quarter.)

But even if the overall pattern is more than an elaborate series of coincidences, and even if presidential self-interest causes it, it’s possible that President Donald Trump may be so singular that little of this applies.

For one thing, the administration’s timing on economic matters seems to have been off, as far as this stock market cycle goes. Last winter’s tax cut and the current, widening budget deficit have stimulated the economy, but way ahead of the typical schedule — so far ahead, in fact, that they may not help Trump’s re-election odds in 2020.

The Federal Reserve is already raising interest rates and is expected to continue through next year, which could slow the economy as the presidential election approaches. Despite the Fed’s independent status, Trump has repeatedly criticized the central bank’s moves, with no apparent effect so far.

The stock market often moves ahead of the economy, responding to changing expectations. Because the economy — and corporate earnings — have been so strong lately, year-over-year comparisons are widely expected be less favorable in 2019.

By 2020, many strategists say, the chances of a recession are mounting. And with the prospect of declining growth rates ahead, the market has given up gains lately, and bullish Wall Street forecasters have been lowering their targets.

Of course, the Fed could back off if the economy slackens. And the administration could engage in further fiscal stimulus after the midterms by enacting one of its campaign promises, a big infrastructure investment plan. But its ability to do so depends on the election results. So will its ability to meet another stated goal, further tax cuts.