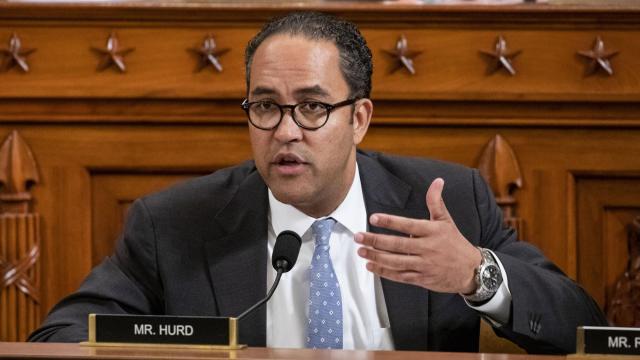 WASHINGTON — As the House prepared to make President Donald Trump only the third president in U.S. history to be impeached, the Senate’s top Democrat on Sunday laid out a detailed proposal for a Senate trial “in which all of the facts can be considered fully and fairly” — including subpoenas for documents the White House has withheld and witnesses it has prevented from testifying.

Sen. Chuck Schumer, the Democratic leader, presented the proposal in a letter to his Republican counterpart, Sen. Mitch McConnell, in an opening move to force Republicans to negotiate over the shape and scope of the proceedings. McConnell had said last week that he was “taking my cues” from the White House, prompting Democrats to accuse him of abandoning his duty to render “impartial justice” in the trial.

In the letter, Schumer proposed a trial beginning Jan. 7 that would give each side a fixed amount of time to present its case and called for four top White House officials who have not previously testified — including Mick Mulvaney, Trump’s acting chief of staff, and John Bolton, the president’s former national security adviser — to appear as witnesses.

Schumer also called for the Senate to subpoena documents that could shed light on the events at the heart of the charges against Trump: his campaign to enlist Ukraine to investigate his political rivals. And he set forth a specific timetable for each side to present its case, modeled on the one used when President Bill Clinton was tried in 1999. Clinton’s trial lasted about five weeks.

“Senate Democrats believe strongly, and I trust Senate Republicans agree, that this trial must be one that is fair, that considers all of the relevant facts, and that exercises the Senate’s ‘sole power of impeachment’ under the Constitution with integrity and dignity,” Schumer wrote.

“The trial must be one that not only hears all of the evidence and adjudicates the case fairly; it must also pass the fairness test with the American people,” the letter went on. “That is the great challenge for the Senate in the coming weeks.”

McConnell, R-Ky., has voiced support for a short, dignified trial, even though Trump has privately pushed for a longer process that would allow him and his allies to mount an aggressive defense against what he has repeatedly called “a hoax” being perpetrated on the American people.

McConnell met on Thursday with Pat Cipollone, the White House counsel, to lay the groundwork for the proceedings, although no agreement has been reached. In comments on Fox News after the meeting, McConnell said that he would be working closely with Cipollone as the trial moved forward.

“Everything I do during this, I’m coordinating with the White House counsel,” McConnell said. “There will be no difference between the president’s position and our position as to how to handle this.”

Those comments prompted outrage among Democrats, including Schumer, who said that Republicans were not preparing for a fair trial in which the senators — who will eventually render a judgment on Trump’s actions — remain open-minded about the outcome.

Some demanded that McConnell recuse himself.

“The moment Senator McConnell takes the oath of impartiality required by the Constitution, he will be in violation of that oath,” Rep. Val Demings, D-Fla., said Friday.

The Constitution requires the senators to take an oath at the start of the trial. Current Senate rules say that oath includes: “I will do impartial justice according to the Constitution and laws: So help me God.”

A spokesman for McConnell said the majority leader also planned to meet with Schumer.

“Leader McConnell has made it clear he plans to meet with Leader Schumer to discuss the contours of a trial soon,” said Doug Andres, McConnell’s spokesman. “That timeline has not changed.”

There are effectively two paths McConnell can take in setting the parameters of the trial: He can strike an agreement with Schumer, or he can push through a resolution, so long as he has the votes of 51 senators. But with just 53 Republicans in the Senate, McConnell has a narrow margin; he can only afford two defections.

McConnell has yet to reach out directly to Schumer. However, on Twitter over the weekend, Sen. John Cornyn, R-Texas, who until this year was the Senate’s No. 2 Republican, said he was certain McConnell would work with the Democratic leader. “Strictly procedural,” Cornyn wrote, in pushing back against the assertion that McConnell was letting Trump plan his own trial. “Customarily the parties try their own cases. Also I am sure Sen. McConnell would listen to Sen. Schumer’s ideas.”

In trying to force McConnell to the negotiating table, Schumer is betting that centrist and independent-minded Republicans like Sens. Susan Collins of Maine, who is facing a tough race for reelection in 2020, and Lisa Murkowski of Alaska will not go along with a trial devised solely by McConnell and Trump.

The debate over the shape of the trial came as House Democrats barreled ahead with their plan to hold a vote to impeach the president on two charges: abuse of the powers of his office and obstruction of Congress. A vote is likely Wednesday.

The vote will be a tough one for moderate House Democrats, especially the so-called front-liners in Trump-friendly districts who flipped Republican seats in 2018. One of those front-liners, Rep. Jeff Van Drew of New Jersey, told aides over the weekend that he intends to become a Republican next week. Others were starting to announce their plans.

Rep. Collin Peterson of Minnesota — who was the only Democrat, other than Van Drew, to vote against formalizing an impeachment inquiry — announced Saturday that he would most likely vote against impeachment. Rep. Jason Crow, D-Colo., and Antonio Delgado, D-N.Y., said they would support impeachment.

At the same time, a group of more than two dozen freshman Democrats in the House is quietly lobbying for Rep. Justin Amash of Michigan, an independent who left the Republican Party this year, to serve as one of the six or more impeachment managers to present the case against Trump during the Senate trial.

Amash has been an outspoken proponent of the president’s impeachment, and the freshman lawmakers believe his selection would be a sign of bipartisanship. The idea, which was first reported by The Washington Post, appeals to moderate Democrats from conservative-leaning districts where the president is popular who are wary of joining in a one-sided impeachment vote and looking for ways to show they pushed for a fair process.

“If he would be willing to do it, it would send all the right signals to have a principled, constitutional conservative front and center in a process that is not supposed to be partisan,” said Rep. Tom Malinowski, D-N.J., who flipped a Republican seat and is facing a tough reelection race.

Speaker Nancy Pelosi will have the final say on who serves as managers, which are high-profile, coveted spots for Democratic lawmakers. A final decision is likely early this week, but Pelosi, who has kept tight control over the impeachment process, has given no indication that she would be willing to invite anyone but a loyalist to serve as the face of the House impeachment investigation.

A spokesman for Pelosi declined to comment about the possible selection of Amash as an impeachment manager. A person close to the impeachment inquiry said it would be highly unlikely that the speaker would risk appointing Amash when several of her own members are eager to be managers. As party leaders looked ahead to a trial in the Senate, lawmakers of both parties took to the airwaves Sunday.

Two Republican senators said they had already decided they would vote to acquit Trump.

Sen. Ted Cruz, R-Texas, predicted that the president would be cleared of the charges against him in the Senate, a view widely shared among members of both parties.

“I think this is the beginning of the end for this show trial that we’ve seen in the House,” Cruz said. “I think it’s going to come to the Senate. We’re going to have fair proceedings, and then it’s not going anywhere because the facts aren’t there.”

Sen. Lindsey Graham, R-S.C., said he hoped the Republican-led Senate would conduct a short impeachment trial that can be over quickly, without calling numerous witnesses on both sides.

“I think what’s best for the country is to get this thing over with,” Graham said on CBS’ “Face the Nation.” “I’m not trying to hide the fact that I have disdain for the accusations in the process.”

Rep. Adam Schiff, D-Calif. and the Democratic chairman of the House Intelligence Committee, Sunday condemned McConnell and others for seeking to conduct a trial without demanding testimony and documents that the White House refused to provide to House investigators.

Sen. Chris Coons, D-Del., said that if the Senate proceeding was “dismissed on the first day, obviously that’s not a full and fair trial.” And he said he was worried about what the president would do if he was not removed from office.

“If the Senate Republican majority refuses to discipline him through impeachment, he will be unbounded,” Coons said on NBC’s “Meet the Press.” “And I’m gravely concerned about what else he might do between now and the 2020 election, when there are no restrictions on his behavior.”

Republicans defended Trump, insisting that after a nearly three-month investigation, Democrats had failed to prove that the president committed a crime. Rep. Will Hurd, R-Texas, who has criticized the president’s behavior in the Ukraine matter, nonetheless said he would vote against impeaching him.

“My fear is that you weaponize impeachment for political gains in the future,” Hurd said on CNN’s “State of the Union.” “For me, my standard for impeachment has always been a violation of the law.”