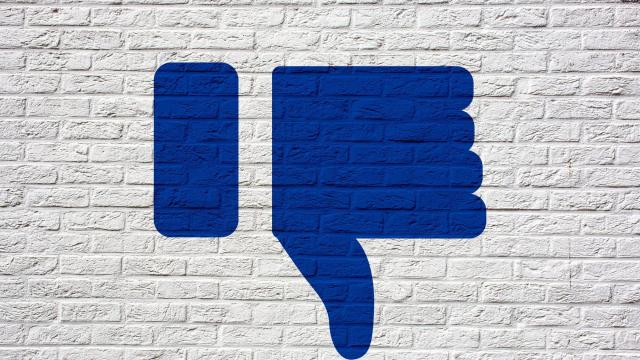 At this time of year, hordes of advertising executives are usually striking deals on yachts in the French Riviera or at meetings in Manhattan, not sitting at home worrying about their future.

But the industry, hit hard by the coronavirus pandemic, has watched its glamorous midyear calendar morph into a procession of video presentations recorded in bathrooms and backyard sheds. The discussions about audience metrics and targeting technologies have now expanded to include difficult reflections on systemic racism and concerns about an economy in recession.

The annual Cannes Lions advertising festival, which was supposed to take place this week in the south of France, was replaced by several days of online sessions featuring companies like Unilever and guests like Chelsea Clinton. The NewFronts, a separate series of springtime events in New York intended to showcase digital platforms such as Snap, TikTok and Roku, were instead streamed online this week. (YouTube sent out thousands of pizzas to accompany personalized videos.)

But many in the industry were distracted during the week by a growing boycott against Facebook, which Unilever, one of the largest advertisers in the world, joined Friday. The effort involves dozens of advertisers, such as Honda, Verizon and Patagonia, that are displeased with the social media giant’s hands-off attitude toward posts from President Donald Trump amid widespread protests against racism and police brutality.

Unilever said it would not run advertising on Facebook, Instagram or Twitter in the United States for at least the rest of the year, during a “polarized election period.” The company added in a statement that “continuing to advertise on these platforms at this time would not add value to people and society.” Unilever spent $42.4 million advertising on Facebook in the United States last year, according to the advertising analytics platform Pathmatics.

Marc Pritchard, the chief brand officer of Procter & Gamble, said in an online speech for Cannes Lions on Wednesday that the company would not be “advertising on or near content that we determine is hateful, denigrating or discriminatory.” A spokeswoman for Procter & Gamble declined to say where the company advertises. Ad agencies like IPG Mediabrands said they were working with companies that wanted to cut ties with Facebook.

Coca-Cola said on Friday that it would stop all paid ads on social media platforms globally for at least 30 days but would not join the official Facebook boycott. The company’s chief executive, James Quincey, said in a statement that it would use the time to reevaluate its advertising standards and would inform the platforms that “we expect greater accountability, action and transparency from them.”

Coca-Cola spent $22.1 million on Facebook ads last year and more than $18 million on Twitter, according to Pathmatics.

Fact check: Can you carry a concealed weapon and wear a face mask?

Facebook spends billions of dollars a year to keep its platforms safe and works with outside experts to review and update its policies, the company said in a statement Friday. But it added that “we know we have more work to do.”

The worldwide uproar over race following the police killing of George Floyd last month was never far from the NewFronts and Cannes presentations this week.

YouTube prefaced its session with a message from Susan Wojcicki, its chief executive, that highlighted Black YouTube creators like Marques Brownlee and Greta Onieogou. Hulu kicked off its segment with rapper RZA calling on viewers to “take action, help us fight against this systemic racism,” saying “you have the platform — use it.” Cannes Lions released a study on bias that found that people of color represented more than 46% of screen time in ads last year but were less likely than white characters to be shown working or portrayed as “smart.”

Vice Media Group announced a plan at the NewFronts to expand its coverage of racism, which it called “The 8:46 Project,” a reference to the nearly 9 minutes a police officer spent kneeling on Floyd’s neck. Vice also asked advertisers to reconsider the “antiquated practice of keyword blocklists,” which it said had recently hurt revenue by keeping ads from appearing next to content that mentions terms like “Black Lives Matter,” “protest” and even “Black people.”

The Vice presentation glossed over Refinery29, the women’s lifestyle publication it acquired last year, which faced accusations of discrimination from former employees this month.

Condé Nast’s presentation, however, dealt directly with what one executive called “the elephant in the kitchen”: concerns about racism that led to recent leadership changes at the food publication Bon Appétit and the Condé Nast Entertainment studio. Roger Lynch, Condé Nast’s chief executive, said in a live address that the company had been forced to “hold a mirror up to ourselves” and would create an anti-racism advisory council.

Many of the NewFront sessions were also shot through with anxiety about the advertising industry’s health. Ad spending this year, excluding political advertising, will slump 13% in the United States and grow 4% next year, according to a forecast this month from GroupM, the media investing arm of ad giant WPP. That estimate assumes that the reopening of the economy will continue without a resurgence of coronavirus cases pushing the country back into lockdown.

“When advertisers can’t predict what’s going to happen in July, it’s hard to make any substantial commitments for the remainder of the year,” said Christian Juhl, the global chief executive of GroupM. “The underlying economic understanding just isn’t in place right now for people to make a good bet.”

The reluctance to lock down long-term contracts has already led to calls for television networks to adjust how they sell space for commercials during the broadcast year, which starts in October. This week, while previewing programs during their NewFront presentations, many digital platforms tried to address the uncertainty by promising performance guarantees and flexibility in contracts.

Roku offered clients a range of options, including 14-day cancellations and the ability to quickly remove ads from areas where they are no longer relevant (for example, if local stay-at-home guidelines shift). “The beauty of digital has always been the flexibility and fluidity; unlike linear television, where you commit to a year and you have some limited flexibility, there is a lot more agility built into the digital ecosystem,” said David Cohen, president of the Interactive Advertising Bureau trade group, which organizes the NewFronts.

But this year, he said, “regardless of the media type, there’s not going to be a wholesale appetite for committing to a long-term deal without the opportunity to optimize or cancel based on business performance.”

More than 12,500 people registered for the NewFronts, which wrapped up Friday afternoon with a plea from the event’s host, comedian Scott Rogowsky. “If you’re a brand, don’t be scared,” he said. “Stand up — this is your moment.”