As Electric Cars’ Prospects Brighten, Japan Fears Being Left Behind 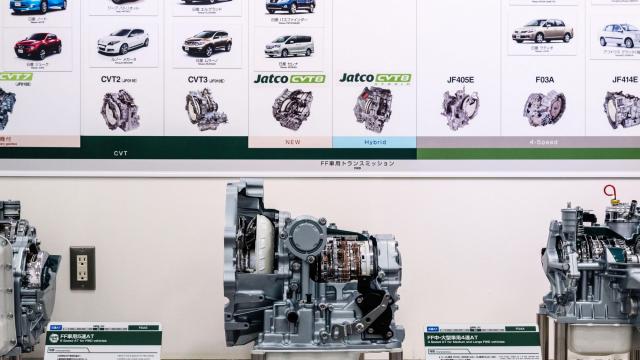 FUJI, Japan — At a factory near the base of Mount Fuji, workers painstakingly assemble transmissions for some of the world’s top-selling cars. The expensive, complex components, and the workers’ jobs, could be obsolete in a couple of decades.

Their designs do away with the belts and gears of a transmission, as well as thousands of other parts used in conventional cars. Established suppliers are nervous, especially in Japan, where automaking is a pillar of the economy — and where industrial giants have been previously left behind by technological change.

“If the world went all-EV today, it would kill my business,” said Terry Nakatsuka, chief executive of Jatco, the company that owns the transmission factory, using a shorthand term for electric vehicles.

With 7,000 workers, Jatco is part of a vast ecosystem of carmakers and suppliers that provides one in 10 Japanese jobs, accounts for a fifth of national exports and throws off more profit than any other industry in Japan.

Japan is scrambling to ensure it has a future in an electric-car world. Toyota, the country’s largest automaker, pioneered gasoline-electric hybrids but has long been skeptical about consumers’ appetite for cars that run on batteries alone. Now, under pressure from foreign rivals like Tesla, the company says it is developing a batch of new electric models.

The Japanese government has made managing the shift to next-generation vehicles a priority, but critics say its approach lacks focus. It has bet big on hydrogen fuel cells, an alternative technology to plug-in rechargeable batteries that is struggling to win widespread support.

The fear is that, once again, Japan will miss a big technological shift.

In the consumer electronics sector, the transition to new products like flat-screen televisions and digital music players undermined once-ubiquitous Japanese brands. Innovation in the digital era became the domain of Silicon Valley, while mass production shifted to China.

As a result, some storied names in the world of technology — Sharp, Toshiba, Sanyo — have either disappeared or no longer resonate with the world’s consumers the way they once did.

“What really puts Japan on the defensive is the idea that the tech revolution is coming to the car industry,” said James Kondo, a visiting professor at Hitotsubashi University in Tokyo who has worked with technology companies in the United States and Japan.

“The industry is at the center of everything, not just economically but psychologically, and it’s facing fundamental change,” he added.

Cars that don’t burn gasoline or diesel account for a tiny sliver of the world market today, but their prospects are looking brighter.

Batteries are becoming more powerful even as their prices tumble. China, the world’s biggest automobile market, is betting big on electric cars. France and Britain have announced they will phase out fossil-fuel-burning vehicles in an effort to fight climate change.

At the annual Tokyo Motor Show this autumn, some of Japan’s biggest carmakers sought to dispel concerns that they have underinvested in electric vehicles.

Toyota and Honda both prominently displayed new electric prototypes. Previously, they had expressed doubt that cars relying entirely on rechargeable batteries would prove reliable enough, or able to travel far enough, that consumers would embrace them.

Their focus has instead been on developing cars that extract energy from onboard hydrogen fuel cells. Enthusiasm for that technology has faded in other countries, in part because it would require huge and expensive new infrastructure for delivering hydrogen to drivers.

Toyota displayed a new fuel-cell prototype at the show alongside its plug-in model. And the government remains committed to pouring money into transformative “hydrogen society” projects, with plans to build 320 hydrogen stations for cars by 2025.

“The trend toward electric vehicles is growing, and sales are increasing, but we can’t suddenly jump to EVs,” Hiroshige Seko, Japan’s industry minister, said in September, defending the government’s commitment to hydrogen.

Not all of Japan’s carmakers have been avoiding electric vehicles. Nissan was an early advocate of battery-only cars, introducing its Leaf all-electric model in 2010.

Other automakers are now starting to branch out more widely. This month, Toyota announced a battery-development partnership with Panasonic, which supplies lithium-ion batteries to Tesla, the upstart U.S. maker of electric cars. Toyota said it would introduce 10 new electric models by the early 2020s, with the aim of selling 1 million all-electric vehicles a year by 2030.

The Toyota-Panasonic tie-up shows how some nontraditional auto suppliers in Japan stand to gain from the shift to electric. Panasonic, which lost billions of dollars over the last decade as its television business shriveled, has turned auto parts into its fastest-growing division, selling sensors and cockpit consoles as well as batteries.

Some in the industry, pointing to Tesla’s problems in expanding production, say big companies like Toyota are ultimately better positioned to bring electric vehicles to the mass market.

But the rapid shifts in the landscape have unnerved many in the industry. Like the phones and televisions of today, the cars of tomorrow may be distinguished less by how solidly they are built than by the software that runs them, and how cleverly they are designed and marketed. Already, Apple and Google — technology companies with a knack for giving people what they want — are exploring getting into the auto industry.

“In the future, mobility won’t belong only to carmakers,” Akio Toyoda, Toyota’s chief executive, said this year. Nakatsuka, the Jatco chief executive, understands the danger as well as anyone. His company is pushing a simplified transmission system that he says could be installed in electric vehicles to reduce stress on their motors and batteries.

But he says Jatco’s best hope is that take up of electric vehicles will be slow.

“Countries are moving very fast, and carmakers are moving faster too, but consumers are still not convinced,” he said, citing still-unresolved questions about electric vehicles’ range, safety and durability.

For now, Jatco, which is jointly owned by Nissan, Mitsubishi and Suzuki, is focused on nearer-term threats, like Japan’s worsening labor shortage and price competition from rivals.

It is automating its factories as fast as it can. Transmissions contain about 400 separate parts, which must be precisely assembled, and their production is hard to leave to robots. But Jatco says its next assembly line will be 70 percent automated, up from 40 percent for its most recently completed line.

Eventually, it wants robots to do 100 percent of the work — meaning that by the time electric cars turn transmissions into museum pieces, there may be few human jobs left to lose.

Nakatsuka said he did not expect transmission-less, battery-powered cars to take a big chunk of the market until at least 2030.