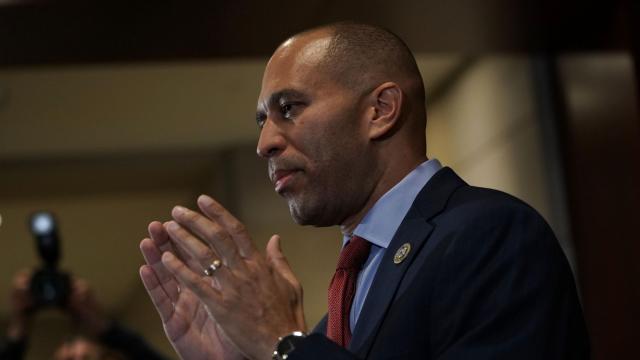 WASHINGTON — Wanted: Two aggressive defenders of President Donald Trump, well-spoken lawmakers who can work with Democrats when needed but dominate TV debate panels at night. Applicants are advised that they could be asked to play a key role in impeachment proceedings against the president.

Republicans have a long list of worries as they prepare to cede power in the House, but few early choices may prove more consequential than selecting lawmakers to fill the party’s top spots on the Judiciary and Oversight and Government Reform committees.

Whomever party leaders choose in internal elections this week will be the de facto generals in the drag-out fight against the torrent of investigations and other scrutiny that newly ascendant Democrats will train on Trump and his administration.

With Trump’s White House already hobbled by scandal and the threat of a possible impeachment inquiry looming, it is not a job for the faint of heart.

The contenders so far include two of Trump’s closest allies from the hard-line House Freedom Caucus, a Georgian well-liked by top House leaders and a mild-mannered elder statesman who played a key role in the last presidential impeachment two decades ago.

Like any good intraparty brawl, much of the knife fighting has been left to veiled or whispered rhetoric.

“It is a matter of style and approach,” said Rep. Doug Collins, R-Ga., one of three lawmakers contending for the Judiciary Committee slot, along with Reps. Steve Chabot and Jim Jordan, both of Ohio. “I call Steve and Jim both friends, but I think there’s a way to approach this and get something done legislatively while at the same time be an outspoken defender of the administration.”

Jordan, a former collegiate wrestler and founder of the Freedom Caucus, can make perhaps the easiest claim to presidential attack dog. Over the last year, he has emerged as one of Trump’s most die-hard defenders in the House, using his perch on the Judiciary and Oversight committees to relentlessly pepper top FBI and Justice Department officials investigating the president with accusations of political bias. His aggressive questioning of Rod Rosenstein, the deputy attorney general, and top FBI officials made him nothing short of a star on the right.

But Jordan, 54, made his candidacy for the Judiciary Committee slot known only in recent days and has a scant legislative record to lean on. He had challenged Rep. Kevin McCarthy of California for the Republican leader position this month, but his pitch for an abrupt shift in direction after Republicans’ midterm thumping was soundly rejected. And his role in the Freedom Caucus could well alienate party leaders and moderates.

At the other end of the spectrum is Chabot, a soft-spoken Ohioan who has represented the Cincinnati area on and off for two decades and is presenting himself as a calm hand for uneasy times. He has worked closely with Rep. Jerrold Nadler, D-N.Y., the next Judiciary Committee chairman, and served as one of a dozen or so House Republican “managers” who effectively played the role of prosecutors in the Senate’s trial of President Bill Clinton in the 1990s.

Chabot has highlighted that experience with color photographs and detailed information about his legislative record — including championing major anti-abortion bills — in a six-page brochure distributed to House Republicans.

“There is no question that the Democratic base is going to be pushing Mr. Nadler and others on the committee in the direction of impeachment of maybe Cabinet officials, maybe a Supreme Court justice and quite likely the president of the United States,” he said in an interview. “So I think having experience in that area would certainly be helpful.”

But Chabot, 65, said he was not willing to reflexively defend the president unless and until it was warranted.

“I am not going to prejudge what an appropriate defense is before getting the evidence,” he said. “Others may, but I am not.”

Collins, 52, a Baptist pastor and lawyer who serves as an Air Force Reserve chaplain, has pitched himself as something of a middle ground between Jordan and Chabot. He has stepped up his criticism of Democrats in recent weeks, warning Nadler that he is prepared to fight tooth and nail if the Democrat oversteps in his pursuit of Trump. But he is also talking up his legislative chops, pointing to a handful of major bills he helped write that passed the House, including the bipartisan First Step Act — a criminal justice overhaul under consideration now.

“I know how to present our case, I know how to work with the administration, and I know how to, if need be, basically shut down the committee if Jerry Nadler and the Democrats overreach,” he said in an interview Wednesday.

Rep. Mark Meadows, R-N.C., the current Freedom Caucus chairman and a close ally of both Jordan and Trump, is the only Republican in the running for the top party spot on the Oversight Committee. Meadows, 59, is no stranger to high-stakes congressional fights and is well connected in the Washington press corps.

As the leader of the Freedom Caucus, he played a decisive role in almost every major policy debate of the last two years — often to the irritation of the party leaders he tried to move rightward. And along with Jordan, he was one of the most aggressive voices pushing the Judiciary and Oversight committees through a joint investigation into potential political bias at the FBI and the Justice Department.

“I’m glad at least one Republican has finally put his name in the hat for the Oversight Committee. We were beginning to wonder whether any of them wanted to do oversight of the Trump administration,” said Rep. Elijah Cummings, D-Md., the rising chairman of the committee. He praised Meadows as a “highly skilled legislator” and said he hoped to work together on some issues if he won the position.

But there were whispers on Wednesday that if Jordan did not win the Judiciary Committee seat, Meadows would step aside to allow him to claim the top party seat on the Oversight Committee. Trump has made clear to Republicans that he expects both men to find prominent spots in the House next year.

Jordan did not respond to multiple interview requests for this article. Meadows declined to comment.