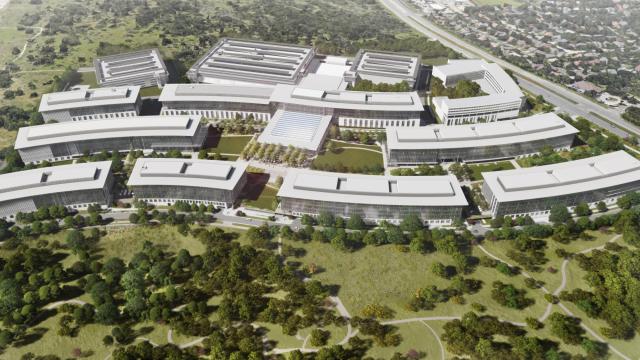 "We view Austin as a very key place for the future of our company. It's the second-largest site in the world for us, next to our home base in Cupertino," Cook said on Nov. 20. "I'm hoping for, obviously, more investments to come."

More than 1,300 miles away, it seems North Carolina officials are still hoping for those investments too.

A full year to the day after Apple announced its second campus in Austin – a project North Carolina was widely reported to be close to landing – Gov. Roy Cooper's administration says efforts to recruit the company are still "active."

State officials used that designation to repeatedly refuse to disclose details on millions in potential incentives to lure the company to the Tar Heel State.

State law requires agencies to release at least some records of recruitment attempts when companies decide to go elsewhere. But administration officials maintain that the new Apple campus in Austin is separate and apart from the jobs they're pursuing for North Carolina – an effort codenamed "Project Bear."

It's Apple, the state's commerce chief says, that will determine how much longer the project will remain open, keeping the public in the dark.

Administration officials say the year-long silence is part of a consistent policy not to discuss ongoing projects with the potential to bring good jobs to the state.

But incentive watchers and public records advocates worry. They say the continued secrecy damages the public trust – and hands too much control to one of the world's richest and most profitable corporations.

"You open the very real possibility that the administration essentially gives the power of public records over to a private company," said Brooks Fuller, a professor of media law at Elon University and director of the North Carolina Open Government Coalition. "That is a disturbing proposition." 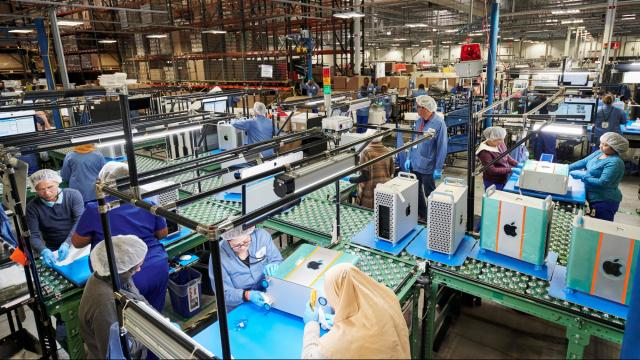 Jobs on the line

For state officials looking to land Apple's second campus in 2018, there was a lot at stake: thousands of high-paying jobs, the potential for $1 billion in investment and the prospect of a tech hub to rival those in California, Texas and Massachusetts.

In the midst of those discussions, state lawmakers revamped a provision granting cash to large companies for so-called "transformative projects." Passed in the state budget in June 2018, the changes reduced the thresholds for hiring and investment and closely aligned them with Apple's plans for its new facility.

Under a transformative project, officials can now promise to pay back to a company nearly all of its new employees' state income taxes for 40 years, but only if the company hits its hiring and investment targets.

For a company like Apple, Senate Majority Leader Harry Brown said, most involved in the recruitment "felt pretty confident those jobs would be created in this particular case."

"The thought as some of those discussions were taking place was just because of how good a job it was creating, it would make a huge impact in the state," Brown, R-Onslow, said. "The thought was also it would have a lot of spinoff companies that could be created from it. That was why I think the discussion was to go as far as we did on that recruitment."

A report from WRAL News in May 2018 quoted unnamed sources saying the state was close to a deal.

But seven months later, Apple announced Austin as its pick for the second campus. The company said it would make investments in other specific cities too. But the only reference to North Carolina involved pre-existing plans to add jobs at a Catawba County data center.

The December announcement seemed to surprise the governor and state legislative leaders, who hours later released a joint statement touting economic growth in North Carolina and pledging to "keep doing everything we can" to attract jobs.

"There’s no better place to find a top-tier IT workforce, and legislative leaders have worked closely with the administration to attract large employers and technology companies like Apple," the statement from Senate President Pro Tem Phil Berger, House Speaker Tim Moore and Cooper said.

Since then, there's been little explanation about how or why the deal dissolved by year's end.

But given the company's notorious penchant for secrecy, Brown said, media coverage of the potential plans for North Carolina didn't help.

"Apple and companies like it are very sensitive to information getting out, and there's a possibility that could have hurt the negotiations with Apple a year ago," he said.

Despite the disappointment in North Carolina, secrecy around the negotiations persists.

In plenty of other cases where projects that have gone elsewhere – Toyota and Mazda's joint car plant in Alabama or Amazon's second headquarters in Northern Virginia – North Carolina officials have within weeks released hundreds of pages of records detailing communications, travel and incentive offers related to the recruitment efforts.

But the Cooper administration says Apple's Austin announcement wasn't enough to trigger the release of information.

"While the [Commerce] Department can’t speak to open or announced projects between companies and other states, no projects have been announced or closed between Apple and North Carolina," Ford Porter, a spokesman for Cooper's office, said in an emailed statement.

In an interview this week, Cooper echoed Porter's statement and said the department will release the records "when this project is closed."

Asked if there was the potential for the project to stay ongoing indefinitely, Cooper responded that the people of North Carolina "would want us to continue recruiting all kinds of tech companies which would bring good-paying jobs to our state," if possible.

"Often, in these job recruitments, when we're particularly talking about companies in other states or other countries, there are confidentiality agreements that are signed that really can't be violated," Cooper added.

Porter declined to answer follow-up questions about whether state officials struck such an agreement with Apple.

In an interview with WRAL News last week, Commerce Secretary Tony Copeland declined to provide specifics about the state's active recruitment of Apple. But he did point to a purchase of about 280 acres of Wake County land in Research Triangle Park for almost $50 million in late December 2018, just weeks after Apple's Austin announcement.

The tech giant doesn't own the land directly. Acute Investments, a holding company that bought the property, lists registered Apple lobbyist Bruce Thompson on the deeds.

Reached this week by phone, Thompson declined to comment.

But Copeland confirmed in the interview that the land is "controlled by Apple."

As for how long the state will remain involved with the tech company, Copeland said that the project will be closed "when Apple tells us it's closed."

"When Apple tells us it's no longer an active project, and we jointly decide that there's no prospect of this project moving forward, then we'll release the records," Copeland said before refusing to answer additional questions about the project.

"The county's position has not changed," county spokeswoman Alice Avery said last week. "It is still classified as an open project by the Department of Commerce."

Apple, meanwhile, did not respond earlier this week to multiple emails seeking comment.

'A price to be paid'

That North Carolina hasn't released its bid for Apple isn't a surprise to Nate Jensen, a professor in the Department of Government at the University of Texas-Austin who studies incentive deals across the country. He's watched the conversation around Apple – and its expansion right in his backyard – closely.

Jensen said he hasn't seen details from any other city or state on their efforts to woo Apple, despite the company's high-profile announcement in January 2018 that it was seeking a home for its second campus. He said even his own records requests in Texas have been stymied by challenges from the tech firm.

Noting that the Austin campus is "a done deal," Jensen said he was concerned by North Carolina officials' claim to still be recruiting the company.

"By that logic, you could claim almost every large company you're always actively recruiting," he said. "They may be hoping for another investment from Apple, but that's not the same as saying this is still active."

Records like these, Jensen said, are important in the same way transparency laws regulating lobbying and campaign contributions are.

"Even if there's nothing nefarious going on, it does shake the public's confidence in these programs when you see deals made secretly and you're not really seeing the actual bid, even though we know it's been a year," Jensen said. "It reduces public trust in these programs."

Fuller, the Elon professor, said the state may have a good faith legal argument that records are protected from release by a second or third potential project with Apple. But such an argument will force the public to wait "much longer than is just" for details that present profound policy implications.

"There may be some benefits to be had by bringing Apple to North Carolina," Fuller said. "But we have to reckon with the fact that there is a price to be paid with public information."

Brown, the Senate majority leader, doesn't quite see it that way. Although he said he believes in transparency when the deal is done, he understands why the administration wants to hold back details that haven't been finalized.

"All these are at this point are negotiations, nothing more," Brown said. "I'll have to side with the commerce secretary on this one."