Arrests made in three Durham homicides 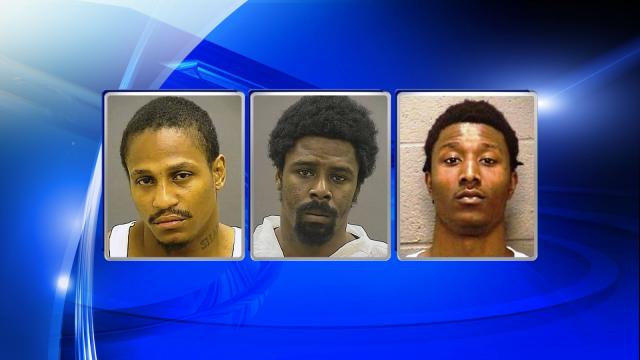 Durham, N.C. — Two men were arrested Thursday in connection with two Durham homicides, and a third man wanted in a third homicide was taken into custody Wednesday evening, police said.

Robert Bernard Jackson, 34, and Charles William Willis, 27, both of Ashe Street, were arrested Thursday morning in Baltimore by members of the U.S. Marshals Capital Area Regional Fugitive Task Force and are jailed in Maryland awaiting extradition to North Carolina.

Both men face a second murder charge in the Jan. 3 shooting death of 20-year-old Nicholas Bell, whose body was found in the woods behind a house in the 2800 block of Ashe Street.

Keon Irving Deloatch, 20, of East Main Street, was arrested Wednesday evening in the 900 block of East Main Street by members of the Durham Police Department’s Warrant Squad and was being held without bond in the Durham County jail. He is charged with murder in the Jan. 4 death of 37-year-old Latonya Denise Moore, who was shot as she walked near the intersection of East Main and Elm streets.