Arrests made in string of Raleigh robberies, shooting 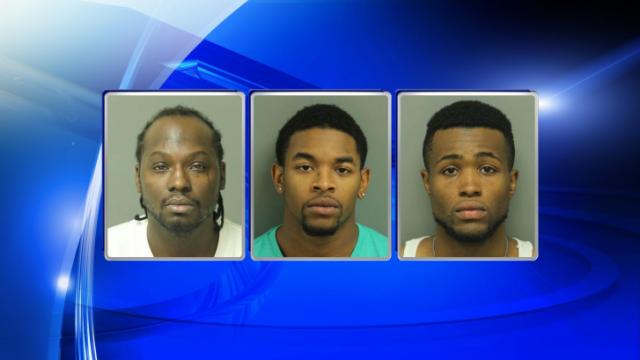 Raleigh, N.C. — Two men have been charged in connection with a string of commercial robberies as well as an Aug. 18 shooting that injured a woman and a 10-month-old girl, Raleigh police said.

According to investigators, Joshua William Bower, 32, and Jonathan Lee Joyner, 23, fired shots into a vehicle on Courtney Lane at about 11:30 p.m. Monday.

A 26-year-old woman was hit in the shoulder, and the child had cuts to her head that were likely caused by shattered glass. Their names have not been released.

A Raleigh police spokesman said a Crime Stoppers tip led to charges in the case.

Bower and Joyner are also charged in connection with nine robberies between July 15 and Aug. 21.

Robberies occurred at the following locations:

Darius Stephon Herring, 23, of 4301 Atlantic Ave., was charged with three counts of conspiracy to commit robbery with a dangerous weapon in connection with robberies at Papa Johns, Lowes Food and Domino's Pizza.

In the Aug. 2 robbery of the Lowe's Foods, police said Bower and Joyner broke into the store at about 1:30 a.m. and detained two on-duty employees.

When two additional workers arrived at about 6 a.m., Bower and Joyner robbed the store, police said. No injuries were reported in the incident.