Arrests made in Hillsborough bank robbery 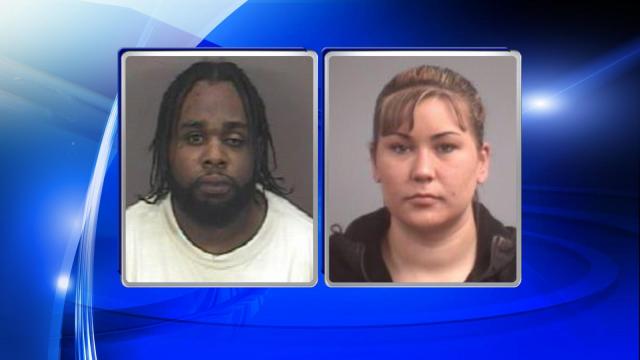 Orange County, N.C. — Authorities said they have arrested and charged two suspects in connection to a Jan. 11 bank robbery in Hillsborough.

On Thursday afternoon, Hillsborough police arrested Rebecca Amy Stasko, 27, of 3259 Chatham Church Road, Moncure, for her involvement in a robbery that occurred Monday at the Community One Bank on 102 Millstone Dr. She was charged with one count of common law robbery.

Later that day, the Chatham County Sheriff's Office arrested Kelly Lashaun Wiley, 37, of 4093 N.C. Highway 42, Goldston,. He was charged with three counts of common law robbery for bank robberies in Apex, Graham and Hillsborough. Wiley was given a $300,000 secured bond.

An eyewitness at the bank during the robbery saw the suspects' license plate number, which helped investigators identify the suspect, according to a news release from the Town of Hillsborough.