Army reservist charged in plot to steal millions, make it look like terrorism 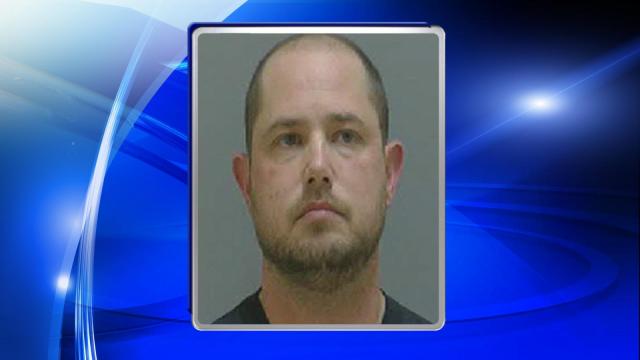 An Army reservist from South Carolina has been charged in a conspiracy to steal $30 million from an armored vehicle office in Myrtle Beach and behead the manager to make the crime look like terrorism, federal authorities said.

According to a criminal complaint filed by the FBI, an informant in North Carolina helped unravel the plot allegedly hatched by David Lawrence Wallace, 37, of Nichols, S.C. He was charged Nov. 17 with conspiracy to commit Hobbs Act robbery and held in the Darlington County Detention Center in South Carolina.

The informant, a fellow Army reservist, said Wallace wanted to recruit him to commit the robbery at Garda Cash and Logistics facility in Myrtle Beach, where Wallace used to work.

Working with the FBI, the informant recorded several conversations with Wallace in September and October in which Wallace outlined his plan.

According to the complaint, Wallace told the informant they would need a third person to serve as a lookout during the robbery. The money would be divided 40-40-20, with 20 percent going to the lookout.

Wallace said if he saw police lights coming, he was “going to die right there and would not be going to prison,” according to the complaint.

Wallace allegedly discussed the possibility of beheading the manger and his wife to make the act look like terrorism. He also talked about making an improvised explosive device to throw off law enforcement.

He told the informant that they would perform a “dry run” on Oct. 8. Before the meeting, the FBI rigged the informant’s car with a tracking device and audio-video recording equipment.

According to the complaint, Wallace planned every detail of the crime, including mapping the routes, changing the tires on his vehicle, disposing of the weapons, wearing oversized shoes and stuffing pillows in their clothes to appear different. He planned to rob his brother-in-law’s house to obtain weapons he needed for the crime.

The informant said Wallace told him he had thought for a long time about committing the robbery but couldn’t find willing participants.

“Wallace stated that his conscience doesn’t work like everyone else’s conscience,” the complaint stated. “Wallace would have no remorse for killing the manager and his wife, or anyone else killed in the robbery or other people if they used IEDs.”

In November, the informant recorded a conversation with Wallace and a soldier at the Army Reserve Center in Wilmington whom Wallace was trying to recruit as the third person. The soldier refused, and authorities later advised him of the federal investigation.

The complaint said Wallace hoped to commit the crime in January or February.

Authorities charged him under the Hobbs Act, which makes robbery involving interstate commerce a federal crime.