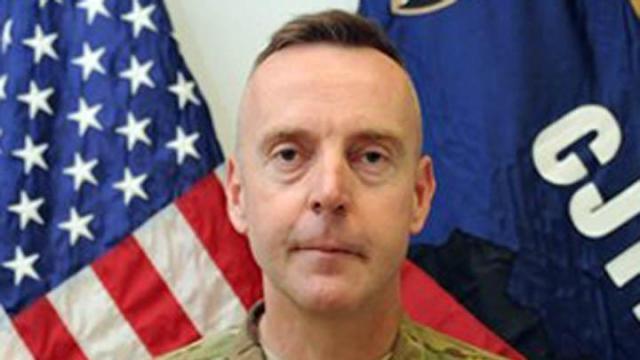 WASHINGTON — An Army general will face court-martial on a series of sexual misconduct charges, including forcible sodomy, in connection with several illicit affairs, and could receive life in prison if convicted, the Army said Tuesday.

Included in the allegations against Brig. Gen. Jeffrey Sinclair are that he carried on affairs with and mistreated subordinate officers and later tried to impede the investigation of some of the offenses by deleting nude photos and other emails.

The case is the latest in a series of missteps by military leaders: At least five current and former generals at the rank of one-star or higher have been reprimanded or investigated for possible misconduct in recent months.

The five pages of allegations involved Sinclair's conduct with five women who were not his wife.

A 27-year Army veteran who served five combat tours, Sinclair is charged with eight crimes, including one count of forcible sodomy; two counts of wrongful sexual conduct; six counts of inappropriate sexual relationships, and eight counts of violating regulations. The charges involve activities when he was in Afghanistan, Iraq, Germany and at Fort Bragg, N.C., and they include violating what's known as General Order No. 1 — possessing alcohol in a war zone.

Sinclair is also charged with disobeying orders, including an order from Maj. Gen. James Huggins, his superior officer, to cease contact with one of the women. The charges allege that Sinclair willfully disobeyed the order by calling the woman's cellphone.

Army officials said Tuesday that Lt. Gen. Daniel B. Allyn, commander of the 18th Airborne Corps, has referred the case to a general court-martial, and the arraignment is set for Jan. 22 at Fort Bragg.

The court martial announcement was made early in the day Tuesday, but the charges were not released until much later. Throughout the Sinclair case, Army officials have been slow to release details of the allegations, which are routinely detailed in other cases — usually involving soldiers of lower rank.

Sinclair could face life in prison if convicted on the most serious criminal offenses.

The female captain at the heart of the Sinclair case admitted she carried on a three-year sexual relationship with Sinclair, who is married. Adultery is a crime under military law, and the admission could end her career.

She also testified at an evidentiary hearing early last month that she repeatedly tried to break off the affair with Sinclair, who she says threatened to kill her and her family if she told anyone about their frequent sexual liaisons in hotels, headquarters and war zones. The woman admitted she typically wanted to have sex with the general, though she said that on two occasions in Afghanistan he exposed himself and physically forced her to perform oral sex, even as she sobbed.

Although the allegations involve five women, she was the only one who says he used physical force.

Defense lawyers painted the female captain as a liar and a scorned lover who was trying to ruin Sinclair's life and military reputation. During the hearings they characterized her as a "crazy" and manipulative "back-stabber" who blamed others for her mistakes.

The Associated Press does not publicly identify victims of alleged sexual assaults.

Two female officers who had served with Sinclair testified last month that they had given the general nude photos at his request.

His wife, Rebecca Sinclair, stayed away from the dayslong military hearing but later went public with an opinion piece in The Washington Post. In that column she said she was not condoning her husband's infidelity, but she said that the decade of war has taken its toll on military couples and brought pressure on their marriages.

In an interview with the AP, Rebecca Sinclair said her husband called her last spring to tell her about the affair and allegations, and she said they were trying to mend their relationship.

Sinclair was deputy commander in charge of logistics and support for the 82nd Airborne Division in Afghanistan before being relieved in May during the criminal probe. He has been on special assignment since then at Fort Bragg.