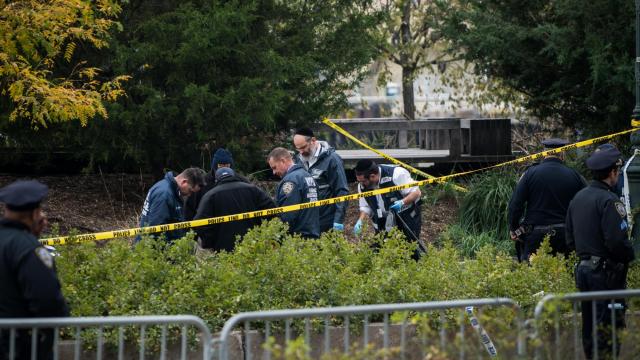 NEW YORK — The 10 men had spent the past year planning their trip to New York City to celebrate their 30-year high school reunion.

The former classmates from a school in Argentina wanted to be together, and for some it was their first time traveling to New York. One friend helped cover the trip’s cost, and many of the men arrived on Sunday, after traveling more than 8,800 miles from Argentina.

Two days later, five of the men were killed when a 29-year-old man rammed a pickup truck down a crowded bike path along the Hudson River in Lower Manhattan. A total of eight people were killed in what has been described as the deadliest terror attack in the city since Sept. 11, 2001, including a mother of two from Belgium and two Americans. Eleven people were also injured.

Belgian and Argentine officials provided information on social media Tuesday night describing some of the dead and injured as citizens of their countries.

The rampage unfolded shortly after 3 p.m. north of the World Trade Center site and ended after about 20 blocks when the driver, Sayfullo Saipov, 29, slammed the pickup truck into a school bus, police said. He jumped out of the truck, waving what turned out to be a pellet gun and a paintball gun, and shouted “Allahu akbar,” Arabic for “God is great,” before being shot by a New York City police officer.

Argentine government officials identified the five victims who lived in Argentina as Hernán Mendoza, Diego Angelini, Alejandro Pagnucco, Ariel Erlij and Hernán Ferruchi. The victims had all graduated from the Instituto Politécnico Superior in Rosario, a city northwest of Buenos Aires, according to an official in Rosario.

Pagnucco’s son, Ornee Pagnucco said in Spanish in a brief interview conducted over social media that his father had dreamed of visiting New York with his friends.

Ornee Pagnucco said his father “was a great man and the best father in the world. I’m in a very ugly moment of my life.”

The dead also included Ann-Laure Decadt, 31, of Belgium, who had traveled to New York with her mother and two sisters, according to her husband, Alexander Naessens.

“This loss is unbearable and incomprehensible,” Naessens said.


Copyright 2017 by The Associated Press. All rights reserved. This material may not be published, broadcast, rewritten or redistributed.