Argentina Considers Charges Against Saudi Crown Prince Ahead of G-20 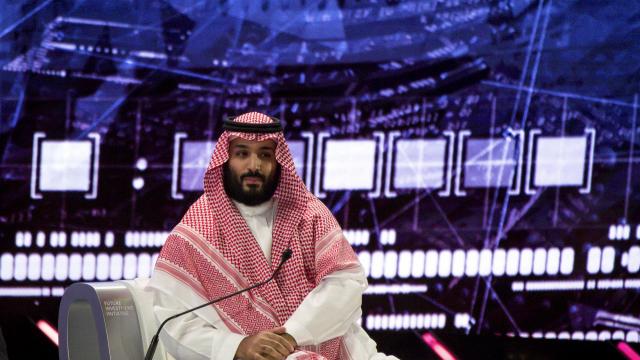 BUENOS AIRES, Argentina — Argentine authorities are looking into possible criminal charges against Crown Prince Mohammed bin Salman of Saudi Arabia as he prepares to attend an international summit meeting of world leaders this week in Buenos Aires, officials involved in the inquiry said.

The inquiry, centering on allegations of war crimes during the Saudi-led military intervention in neighboring Yemen, is the most significant test yet of Crown Prince Mohammed’s ability to move past the international uproar that has surrounded him since the killing of Saudi dissident Jamal Khashoggi, a Virginia resident and Washington Post columnist.

The Khashoggi case, too, is expected to be part of the inquiry as well as allegations of torture in Saudi Arabia.

The investigation in Argentina, initiated by a complaint lodged by Human Rights Watch, the advocacy group, is in its early stages, and diplomatic or other kinds of immunity may ultimately shield the prince from any potential charges. Argentine officials called it extremely unlikely that the inquiry might produce an arrest warrant before the gathering, which is set to begin Friday.

But even a small risk of a messy dispute in the Argentine courts could overshadow a trip previously seen as a chance for Crown Prince Mohammed to show he remained welcome among world leaders even after the conclusion of U.S. intelligence agencies that he had authorized the killing of Khashoggi.

Any retreat from the Group of 20 summit meeting, attended by the leaders of the world’s largest economies, could be a sign that the lingering stigma of the Khashoggi killing could hamper the continued effectiveness of the 33-year-old crown prince as a regional leader — a role that officials of the Trump administration have cited as a main reason to stand by him.

President Donald Trump last week pushed back against the conclusion of U.S. intelligence services about Crown Prince Mohammed’s culpability while also acknowledging that he may have known about the killing: “maybe he did and maybe he didn’t,” Trump said in a statement.

Trump insisted that Washington should nonetheless continue to back Crown Prince Mohammed, calculating that it was in the nation’s economic and strategic interest to do so: because Saudi Arabia is a valuable customer for U.S. weapons, an important source of oil and a useful partner in containing Iran.

Bolstered by Trump’s support, Crown Prince Mohammed recently embarked on a week of visits to Saudi allies in the region, where Saudi news organizations photographed him smiling and shaking hands with fellow Arab rulers, with no mention of the Khashoggi case.

But the move by Argentine prosecutors now threatens to interrupt his victory lap just as it reaches its finish, at the summit meeting where he was set to mingle with Trump and other Western leaders of the G-20 countries.

“Mohammed bin Salman should know that he may face a criminal probe if he ventures to Argentina,” Kenneth Roth, the executive director of Human Rights Watch, said in a statement.

The law in Argentina is unusually favorable for bringing international human rights cases because of the legacy of the country’s transition from a military dictatorship. During the military’s rule from 1976 to 1983, some 30,000 people were killed or disappeared. Argentina’s own immunity laws were overturned in the early 2000s, and its prosecutors have since charged thousands with human rights violations committed under military rule.

Argentine law has incorporated a broad interpretation of universal jurisdiction, the doctrine that some serious rights violations constitute offenses against humanity and should be subject to prosecution anywhere. Carlos Rívolo, head of the prosecutor’s association, said a complaint against the crown prince was referred to a prosecutor Monday, and that prosecutor will now decide whether to open a formal investigation.

Such cases are assigned by draw in Argentina, and the prosecutor assigned to evaluate the potential charges, Ramiro González, could not be reached for comment.

González has a record of handling international human rights cases, including leading an 8-year-old Argentine prosecution of crimes committed during the 36-year dictatorship of Gen. Francisco Franco in Spain. (Spain used the same principle of universal jurisdiction to bring charges against an Argentine military official, who was sentenced in 2005.)

Although it is the killing and subsequent dismemberment of Khashoggi by Saudi agents in a consulate in Istanbul that has most damaged Crown Prince Mohammed’s international image, the Argentine inquiry appears to center on potential crimes committed during the Saudi-led military intervention in Yemen.

Crown Prince Mohammed, who is the kingdom’s defense minister as well as its de facto day-to-day ruler, has led a 3-1/2-year bombing campaign and naval blockade of Yemen by a coalition of Arab allies seeking to dislodge from power a Yemeni faction allied with Iran.

The conflict has resulted in widespread famine and disease as well as thousands of civilian casualties. The United Nations has called the results of the Yemen conflict the world’s worst humanitarian crisis, and U.N. experts have said that both sides in the conflict may be guilty of war crimes.

The Human Rights Watch petition, delivered to the Argentine judicial system Monday, argues that Crown Prince Mohammed was responsible for multiple violations of international law in Yemen, including “indiscriminate and disproportionate airstrikes on civilians” as well as the use of internationally prohibited munitions known as cluster bombs. Human Rights Watch has documented as many as 90 “apparently unlawful coalition airstrikes,” which “hit homes, markets, hospitals, schools and mosques,” while U.N. agencies and other organizations have identified scores of others, Roth wrote in the petition.

An airstrike by the Saudi-led coalition in August 2018 killed at least 26 Yemeni children and wounded 19 others in or near a school bus. An airstrike in October 2016 killed or wounded thousands of civilians at a crowded funeral. A series of bombings at a well in September 2016 killed 31 civilians as well as others who sought to remove the bodies.

“Some of these attacks — if ordered or carried out by individuals with criminal intent — may amount to war crimes,” Roth wrote.

By restricting critical food imports, the Saudi-led coalition “may also have violated the prohibition against using starvation as a method of warfare, which is a war crime,” the petition argued.

U.N. officials have said that the Saudi-led blockade has put 14 million people at risk of starvation, and a U.N. panel of experts concluded earlier this year that, “with the requisite intent,” the blockade of Yemen “may amount to international crimes,” the petition noted.

In addition, “the Saudi government under the authority of Crown Prince Mohammed bin Salman has been implicated in serious allegations of torture and other ill treatment of Saudi citizens,” the petition argued. Several recent reports, including in The New York Times and by Human Rights Watch, have recounted allegations that detained women activists were subjected to electrical shocks, beatings and sexual harassment. The Human Rights Watch petition also cited a report in the Turkish news media, citing anonymous sources, that the Saudi agents who killed Khashoggi had also beaten and tortured him during his final moments. Turkish intelligence agencies possess an audio recording of the killing that was obtained from inside the consulate and could corroborate such reports. But Turkish officials familiar with the audio recording have said that it indicates a swift and deliberate assassination, not a prolonged torture.

Crown Prince Mohammed is expected to continue his tour of the region on Tuesday in Tunisia, the birthplace of the Arab Spring uprisings and the only Arab country with both freedom of expression and a history of peaceful rotation of power. Activists in Tunis demonstrated against his arrival on Monday with a banner depicting a chain saw, a reference to the dismemberment of Khashoggi.