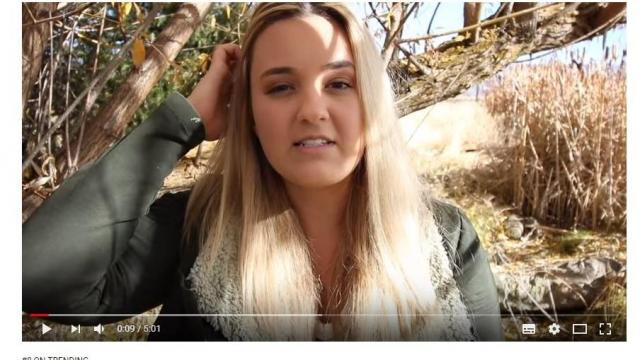 An Apple employee who was working on the company's highly anticipated iPhone X has reportedly lost his job after his daughter posted a sneak peek of the phone during a visit to her dad's office, a video post that went viral.

The video that she shared on YouTube showed her visit in September to Apple's Cupertino, Calif., campus, which is where her father worked. In the video, which has been taken down, the Apple worker gives his daughter the new smartphone, which is not scheduled to be released until Nov. 3.

Peterson was able to check out the phone's features, and the interaction lasted less than a minute, according to reports about the post.

Apple executives got wind of the video, which appeared last Tuesday on YouTube's trending page because it racked up thousands of video views.

"It was insane," said Peterson, who posted a follow-up video four days later, revealing that her father, who has not been publicly identified, had been let go over the video.

According to reports, Apple forbids unauthorized filming on its sprawling campus and employs a security team to ensure that the company's safety protocols are being followed. Job applicants who have interviewed at the company are also required, in many instances, to sign non-disclosure agreements during the job-seeking process.

In the mea culpa follow-up video, Peterson said her father had apologized for the infraction and that he "takes full responsibility" for letting his daughter handle the device.

"I had no idea this was a violation," she said. "At the end of the day, when you work for Apple, if you break a rule, they have no tolerance. They did what they had to do."