Apple Will Stop Revealing How Many iPhones It Sells. That’s a Bad Sign. 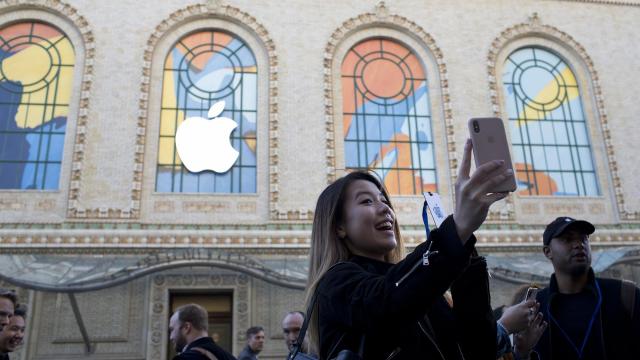 Apple has giant revenues, profit margins that are the envy of corporations everywhere and a stock market value of $1 trillion.

Despite those obvious strengths, Apple told investors Thursday that it would stop reporting numbers central to understanding the performance of its biggest business: selling iPhones.

The company said it would no longer disclose how many iPhones, iPads and Mac computers it sold each quarter. Without this data, investors will not be able to track the average selling price of iPhones, a crucial number for assessing whether consumers are balking at paying up for Apple’s higher-priced phones.

The decision, along with Apple’s disappointing forecast for this quarter’s sales, helped drive the company’s stock price down more than 7 percent Friday, a move that weighed on the wider stock market.

Apple’s move to cut back its disclosures also should serve as a jolt for all investors.

For much of the year, investors seemed to ignore the warning signs hanging over large technology companies and pushed their stocks higher. Their plunge last month — Netflix’s stock is down 26 percent from its high, and Amazon is off 19 percent — has most likely made investors more aware of the problems these companies face in their core businesses.

But Apple’s decision to make its iPhone sales less transparent may underscore the seriousness of these challenges. “An abrupt loss of disclosure suggests weakness beyond one quarter,” Jeffrey Kvaal, an analyst for Nomura, wrote in a research note.

Sales of iPhones have stalled in recent years. As a result, Apple has raised prices to bolster its iPhone revenue. The average selling price of an iPhone was $793 in the three months through September, a 28 percent increase from a year earlier. Without the tally of phones sold, calculating the average selling price won’t be possible, and outsiders will find it harder to gauge consumers’ sensitivity to the price of iPhones. “We believe unit volumes and ASP’s are reflective of the loyalty and satisfaction consumers have in their devices,” Kvaal wrote in his note, referring to average selling prices.

Selling iPhones at a premium price to a relatively small portion of the global smartphone market has been at the heart of Apple’s strategy. With less data, investors will probably find it harder to tell whether this approach remains successful.

Other big technology companies have removed data from their regular financial reports. And some simply do not disclose figures that would be helpful in determining trends in their business. Twitter, for instance, does not provide the overall number of daily average users, a number that Facebook gives out.

Facebook does not disclose Instagram’s revenue, a number that would help investors understand the attraction of each platform to advertisers.

Apple’s chief financial officer, Luca Maestri, on Thursday contended that removing the data would not affect investors’ understanding of the company’s performance. Over the last three years, he said, there was no correlation between price and the number of phones sold. And Apple said it would disclose new information, including the cost of sales for its two main businesses, called products (selling items like iPhones) and services (for instance, subscriptions to Apple music).

But the new information may not make up for what’s being taken away. Sales of iPhones accounted for nearly three-fifths of the company’s revenue in its latest quarter. And the decision to stop providing iPhone sales comes at a pivotal time for smartphones. Sales of smartphones in more affluent countries are slowing as consumers hold onto their phones longer. While sales are still growing in emerging markets, such as India, the handsets that dominate those markets are cheaper. So as the sales mix shifts to those countries, it could crimp profit margins.