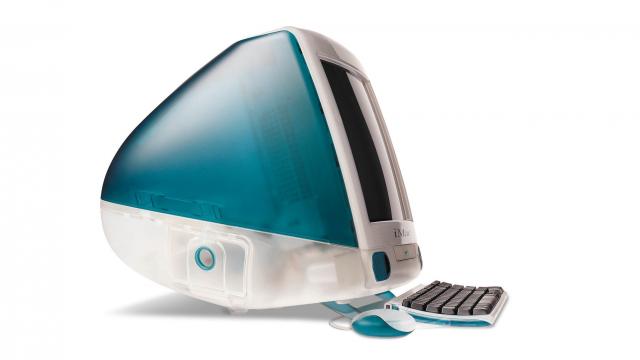 NEW YORK (CNNMoney) — Apple's meteoric rise to the most valuable company in America can practically be traced back to one day.

For much of the 1990s, Apple was slogging through an identity crisis.

The company's first two home computers, the Apple II and the Mac, were falling out of favor, and Apple was losing serious ground to its competitors.

But then, in 1997, co-founder Steve Jobs returned to the company as CEO. Less than a year later, he introduced a new device: The iMac.

On May 6, 1998, Jobs stood on a stage for one of his signature unveilings.

Current CEO Tim Cook, who took over at Apple shortly before Jobs died in 2011, shared footage from the event on Twitter Sunday.

It shows Jobs describing the $1,299 iMac as an impossibly futuristic device.

"The whole thing is translucent, you can see into it. It's so cool," Jobs gushes. He points to a handle that allows the computer's owner to easily lift the device, which is about the size of a modern microwave oven. He takes a jab at the competition: "The back of this thing looks better than the front of the other guy's, by the way."

In January 1999, less than a year after the iMac's debut, Apple more than tripled its quarterly profit.

The San Francisco Chronicle declared Apple was "cashing in on insatiable demand for its new space-age iMac computer."

For the next decade, Jobs kept the new "i" products coming. The music software iTunes showed up in 2001, and the first-generation iPod came shortly thereafter. The inaugural iPhone was introduced in 2007, and the iPad debuted in 2010.

Today, the iMac is in its seventh generation and is virtually unrecognizable from its ancestor. An Apple spokesperson notes an "iMac today consumes up to 96% less energy in sleep mode than the first generation."