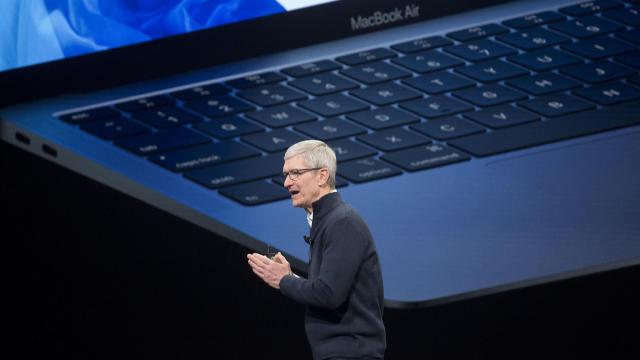 SAN FRANCISCO — Since Apple introduced the iPhone 11 years ago, smartphones have become ubiquitous, and the market for them is saturated. To maintain growth, Apple has employed a shrewd strategy: Charge more for the devices.

Journalists and analysts have explained how Apple is doing that by dividing the number of iPhones sold in a given quarter into the revenue Apple earns from them to calculate the average selling price.

That is not going to be so easy anymore.

Apple said Thursday that it sold about as many iPhones in the latest quarter as it did a year earlier but that iPhone revenue rose 29 percent. That was because customers paid nearly 29 percent more for the devices. (The average selling price is now $793.)

But after those figures were reported, Luca Maestri, Apple’s chief financial officer, said in a conference call that the company would no longer disclose how many iPhones, iPads or Mac computers it sold. As a result, journalists and analysts will no longer be able to track how Apple’s swelling prices are improving its profits.

Timothy D. Cook, Apple’s chief executive, explained the rationale with an analogy: “If you go to the market and you push your cart up to the cashier — and she says or he says, ‘How many units do you have in there?’ — it doesn’t matter a lot how many units there are in there in terms of the overall value of what’s in the cart.”

Toni Sacconaghi, an analyst at Bernstein, said Apple was trying to shift investors’ attention away from the number of devices it sold. “Companies always try to put their best foot forward,” he said. “Their best foot doesn’t appear to be iPhone unit growth.”

Another wildly profitable quarter for Apple showed its business has mostly avoided the turbulence that has roiled its Silicon Valley peers. Facebook, Google and Twitter have faced questions about their influence in the spread of disinformation and the proliferation of hate speech.

Apple has tried to separate itself from other tech giants by trumpeting that it values its customers’ privacy and hires people to curate its services rather than relying on computer algorithms. The company responded to criticism about the addictive nature of its smartphones by adding tools for people to track their time spent on them.

Last month, Apple released its most expensive iPhone ever, the XS Max, which starts at $1,100. On Tuesday, it raised the starting price of its iPad Pro to $800 from $650 and of its MacBook Air to $1,200 from $1,000, while also making the devices faster and more powerful.

Apple’s strategy has worked for more than iPhones. Apple said that it sold 5.3 million Mac computers in the quarter, down 2 percent from a year ago, but that its revenues from Mac sales rose 3 percent to a record $7.4 billion. That was because customers paid nearly $1,400 on average for a Mac, up 5 percent from a year earlier.

Apple’s other bet to maintain growth is its services business, which includes its cut of app sales and revenue from its own apps, like Apple Music, among other things. Services revenue rose 17 percent to nearly $10 billion in the quarter.

Some analysts were concerned about Apple’s prospects in China, where sales fell sharply several years ago. But revenues in the quarter there rose 16 percent from a year earlier.

Apple’s share price was down more than 6 percent in after-hours trading Thursday, likely because of its plans to stop reporting unit sales and because its revenue guidance for the current quarter was “lighter than expectations,” Sacconaghi said.