PAUL KRUGMAN: Apple and the Fruits of Tax Cuts 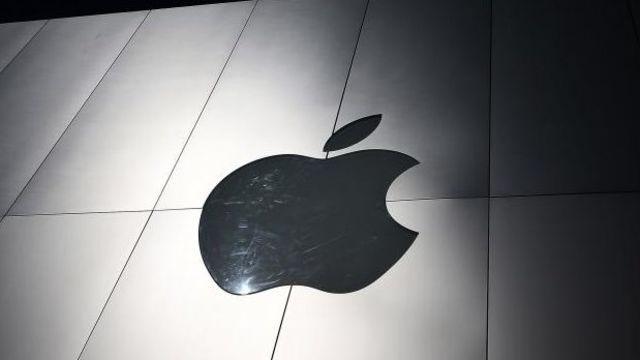 EDITOR'S NOTE: Paul Krugman is an op-ed columnist for The New York Times. In 2008, he was the sole recipient of the Nobel Prize in Economic Sciences for his work on international trade theory.

Republican candidates have pretty much stopped talking about their party’s only major legislative achievement under Donald Trump, the 2017 tax cut. Ads touting the tax law have largely vanished from the airwaves. But the Koch brothers — big boosters of the cut and among its biggest beneficiaries — haven’t given up.

Their latest move: spending $20 million to mobilize an army of salespeople who are going door to door trying to disabuse voters of the perception that the tax cut was a big giveaway to the wealthy, offering little to ordinary working families.

But they have a problem: Public perceptions about who benefits from the tax cut, and who doesn’t, are accurate, a point Apple just nicely demonstrated with its announcement of a huge stock buyback.

To be fair, the notion that a big tax cut for corporations — which was the main element of last year’s law — might eventually redound to the benefit of workers isn’t crazy. But the two key words here are “might” and “eventually.”

The story tax-cut boosters tell runs as follows: America is part of a global capital market in which capital flows wherever it yields the highest after-tax rate of return. By cutting taxes on corporations, Trump and his allies have given corporations an incentive to invest here. Investment will expand capacity, driving up the demand for workers and thus lead to higher wages.

And for a little while Apple seemed to be following the script: Back in January the company announced that it would be bringing most of the $252 billion in cash it was holding abroad back to America.

But what does “bringing money to America” mean? Apple didn’t have a huge, Scrooge McDuck-style pile of gold sitting in Ireland, which it loaded onto a homeward-bound ship. It has digital claims — a bunch of zeros and ones on some server somewhere — which in effect used to bear a label saying “this money is in Ireland.” Now it has changed the label to say “this money is in America.”  What difference does this make?

Well, it alters the company’s tax liabilities to the U.S. and Irish governments, which was the point of the change. But otherwise it makes no difference at all.

What would make a difference would be if Apple chose to spend more on actual stuff: hiring more workers, building new structures, installing more equipment. But it isn’t doing any of these things. Instead, this week it announced that it’s buying back $100 billion of its own stock, which is good for stockholders but does nothing for workers. Lots of other companies are doing the same thing.

And while many Americans own some stocks, the great bulk of stock value is held by a small, wealthy minority — 10 percent of the population owns 84 percent of the market. So the perception that this is basically a tax cut for the rich is right.

But why aren’t the benefits of the tax cut flowing to workers?

One answer is that even if the pro-tax-cut story were true for the long run, it would take many years of extremely high investment to achieve the kind of capacity expansion that would cause major wage gains. Another is that the global capital market isn’t as global as all that — the investment world, we might say, is still a long way from being flat. America is a huge economy, and even in the long run it can’t attract the kind of capital inflows tax-cut enthusiasts envision without offering significantly higher rates of return — which means more for stockholders and less for workers.

And at a deeper level, tax-cut enthusiasts may have a fundamentally out-of-date view about where profits come from.

In the world according to Trump officials, or right-wing think tanks like the Tax Foundation, corporate profits are basically a return on physical capital — on bricks and mortar and machines. Cut taxes, and companies will add more physical capital, increasing competition for labor, and profits will go down while wages go up.

Apple, however, is nothing like that. Its profits come from its market position — its brand, if you like.  It doesn’t matter whether you think it deserves its role as a quasi-monopolist; what matters is that given its position, it can and does charge what the market will bear, pretty much regardless of costs. If Trump cuts its taxes, it gets to keep more of its profits, but it has no real incentive to change its behavior by, say, building more Apple stores. It just takes the extra money and either sits on it or hands it back to stockholders via buybacks.

And these days a lot of corporate America is at least a bit like Apple. Not all of it; there are still businesses — say, trucking companies — whose value resides largely in the stuff they own. But economic “rents,” profits not tied to physical capital, are a big, growing story.  And when you cut taxes on rents, there’s no reason at all to expect workers to share the bounty, even in the long run.