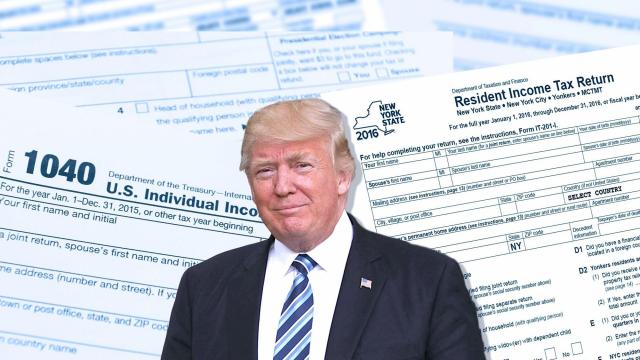 CNN — Two banks must turn over President Donald Trump's financial records to the Democrat-controlled US House of Representatives, dealing another blow to the President's efforts to block Congress' move to obtain his financial records, a federal appeals court in New York ruled Tuesday.

The House Intelligence and Financial Services committees had subpoenaed the banks, Deutsche Bank and Capital One, for records including Trump's tax returns and those of his family members.

"The Committees' interests in pursuing their constitutional legislative function is a far more significant public interest than whatever public interest inheres in avoiding the risk of a Chief Executive's distraction arising from disclosure of documents reflecting his private financial transactions," the court said Tuesday.

The split decision from the 2nd US Circuit Court of Appeals is another setback for the White House. Federal appeals courts have ruled House Democrats and a Manhattan grand jury can review Trump's tax returns from Mazars USA, his longtime accounting firm.

In this case, Trump sued to block a subpoena to Deutsche Bank and Capital One seeking financial records for Trump, his family and his business. A lower court judge denied Trump's request for a preliminary injunction and Trump appealed the ruling.

Trump's personal lawyer, Jay Sekulow, suggested the next step will be an appeal to the Supreme Court.

"We believe the subpoena is invalid as issued. In light of the Second Circuit decision, we are evaluating our next options including seeking review at the Supreme Court of the United States," Sekulow said in a statement.

The ruling is the latest in a series of court losses for Trump as he fights House subpoenas, and the 2nd Circuit panel offered a full-throated defense of Congress as it investigates the President.

The appeals court said Tuesday that the banks must begin turning over most of the documents in daily batches beginning in one week. It made an exception, however, for "sensitive documents," citing as an example a check that may have been used to pay for medical services or any other documentation containing "sensitive personal information."

A district court should decide which documents fall into that category, allowing for Trump to make arguments about particular materials, the appellate judges said. That process may not take place if Trump appeals the decision to the Supreme Court.