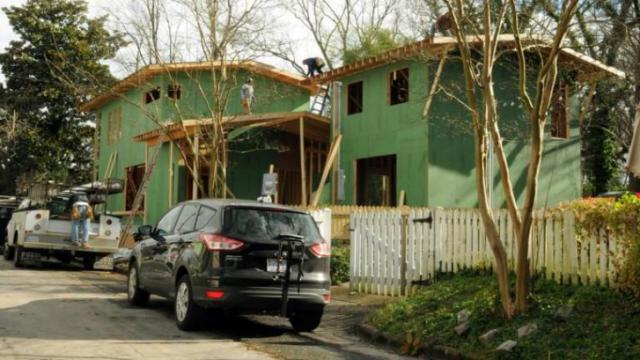 Raleigh, N.C. — A prominent Raleigh architect could be forced to tear down his new, modernist home in Oakwood.

Louis Cherry began building his new home at 516 Euclid St. in December, three months after receiving a Certificate of Appropriateness from the Raleigh Historic Development Commission.

Last week, the Board of Adjustment voted 3 to 2 to reverse that decision in response to neighbor Gail Weisner’s appeal, filed in October. Discussion about the house has also prompted a review of Raleigh Historic Development Commission guidelines.

Timeline of a dispute

September 2013: RHDC approves a Certificate of Appropriateness for a new home on 516 Euclid St.

January 2014: Board of Adjustment defers the case in order to have more time to review the evidence

February 2014: Board of Adjustment votes 3 to 2 to reverse the decision by the RHDC

March 2014: Board of Adjustment will legally certify its findings. Any construction on the house must stop.