Apex to Andhra: Triangle woman moves to India for love 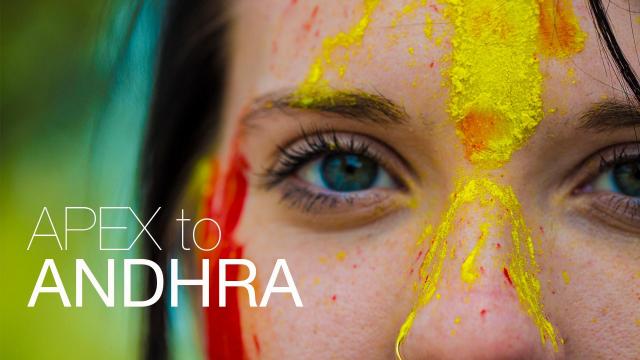 The couple met in Andhra Pradesh, India, 8,000 miles away from her home in Apex, North Carolina. Five weeks after meeting him, they were engaged.

“The first day I spent in India started with me and a bunch of girls walking down this tiny alleyway with cows and chickens heads cut off and beggars grabbing my arms,” Renee said.

She understood none of the babble of languages shouted around her. She was not used to being surrounded by so many people, feeling smothered by the 120-degree heat. The smells of animal feces steaming in the street blending with curry powder street vendors overwhelmed her senses.

“I got to my hotel and cried that night,” she said. “I don’t think I can survive the next 3 weeks here. This is too much.”

Day by day, Renee began to adjust, falling in love with the hospitality of the people.

Shortly after she returned to the U.S., she found herself longing to go back. It became a distraction in her high school classes -- her 4.1 GPA plummeted that semester to a 2.7.

When the acceptance letter from the University of North Carolina at Wilmington arrived, she struggled with the idea of going to college at all. She deferred enrollment so she could go back to India – one last time.

She moved to a poor rural state in India, where she was traveling and backpacking.

In just a few months, she would fall in love for good. 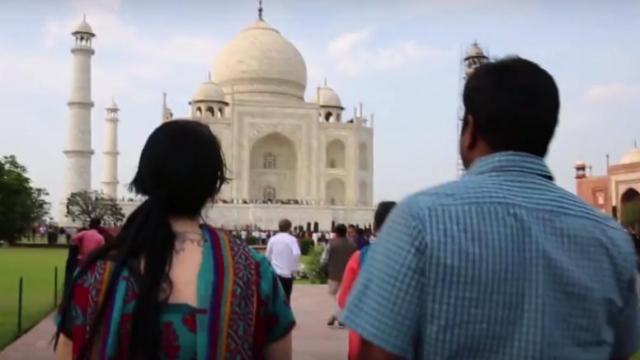 Renee had come and gone from India a few times since her first visit and was feeling more confused than ever.

India is a tough place for a single, American woman to live alone.

She tried to start a small business but got scammed.

She couldn’t go out alone without being heckled and feeling unsafe.

She decided to travel, visiting friends to buy time deciding what to do next.

One Indian-American couple suggested she meet a young man they knew from college.

But this being India, the meeting was loaded with expectations.

“From the beginning it was like do you want to marry him or not,” recalls Renee.

The Indian tradition of arranged marriages does not leave room for “dating” culture, particularly in rural India.

Chitti Aaron is from just such a rural village. His village does not have running water or electricity.

An arranged marriage is expected of him.

Neither Aaron nor Renee had ever dated - or been arranged with - someone else before.

But when they were formally introduced -- there was a spark.

“I just kept staring at him,” recalled Renee.

Aaron is broad-shouldered, stocky and tall, unlike most smaller-framed southern Indians.

“He spoke with a gentleness, a kindness… and he even helped with the dishes after dinner. Most Indian men do not do that… heck, most American men don’t do that.” Renee said.

At the end of a week spending time with each other on and off, Renee left for Nepal to finish her travels.

But Aaron stayed on her mind.

When she returned five weeks later, he was waiting for her with something to say:

Renee knew that this was the quasi-arranged-Indian-marriage version of the Western-down-on-one-knee question:

“Will you marry me?” 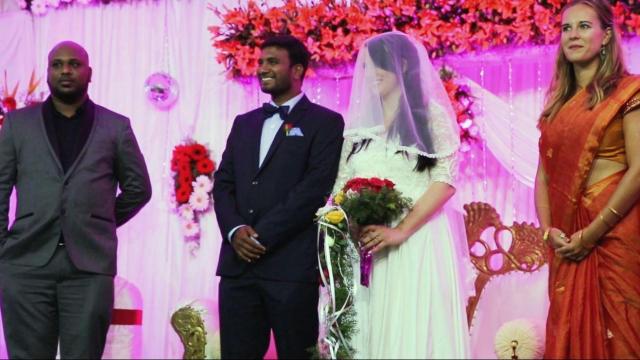 Till death do us part

But then came the logistical questions, like where to sleep.

There was a bigger question of which continent to sleep on – should they live in India or the United States?

Should Renee move in with Aaron’s family and cook, clean and take care of all of them like a traditional Indian wife?

As a self-described “independent woman,” Renee wanted to live alone with her new husband and build an equal life together. Despite a vast culture gap, she and Aaron saw eye-to-eye.

The two agreed to live outside of Aaron’s family’s village to remain involved there while still retaining their independence by living separately.

Although Renee’s parents have never been able to meet Aaron, they trust their daughter’s judgment and the affirmation of others.

Aaron’s family was excited to have a foreigner come into their family. The couple was married on March 18, 2017.

“It is very different here, she changed her life to come here. You can’t buy Coke. You can’t buy a cheese in our village,” said Abi Joseph, Aaron’s cousin. “But she is apart of our life now.”

Merging of American and Indian culture means changes on both sides. For Aaron, it means departing from the expectation of an arranged marriage and moving his new wife into his parents home and living under their authority.

Kiana Cole contributed to this story.