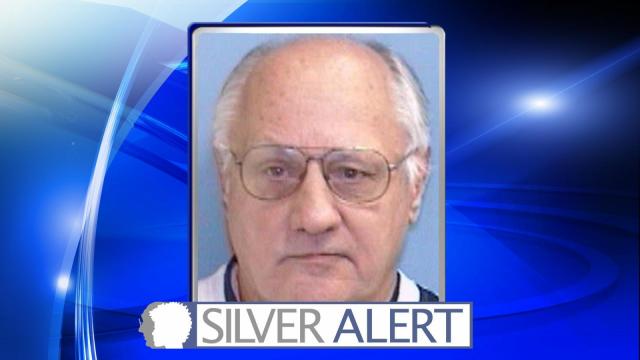 Joseph Robert Hertzig has been found uninjured, according to a news release from the Apex Police Department.

Apex police were searching Tuesday for a 75-year-old man who is believed to be suffering from dementia or another cognitive impairment.

The North Carolina Center for Missing Persons issued a Silver Alert for Joseph Robert Hertzig at about 5 a.m.

Hertzig is 6 feet tall and weighs 230 pounds. He has white hair and brown eyes, and he was last seen wearing glasses, a blue stocking cap, a navy Blue Jays coat, grey T-shirt, jeans and a maroon-colored fleece jacket.

It's unclear where Hertzig may be headed.

Anyone with information on his whereabouts should call the Apex Police Department at 919-362-8661.