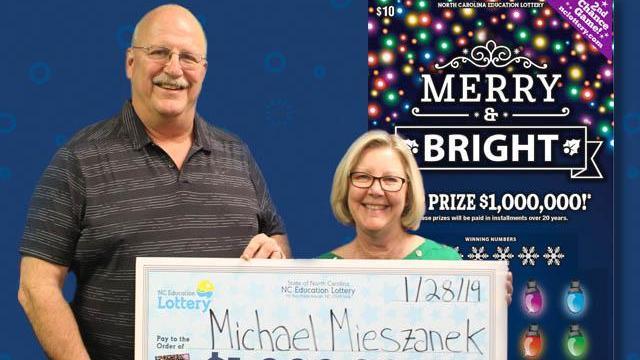 A $1 million lottery win meant an Apex man was able to fulfil his wife’s dream of owning a designer purse.

“I just sat there in disbelief,” he said of winning. “When I saw that you could win $1 million, I never thought I’d be the one to win. It’s surreal.”

Mieszanek claimed his prize Tuesday and chose to accept the lump-sum payment. After taxes, he will take home $424,503.

In addition to saving for retirement, Mieszanek said he plans to use some of the money to buy his wife the Chanel purse she has always wanted.

“Owning a Chanel purse has been on her bucket list for years,” he said. “I tried to get to a used one for Christmas, but it didn’t work out. In fact, the first thing she asked me when I told her I won was, ‘Does this mean I can get a new one now instead of a used one?’”