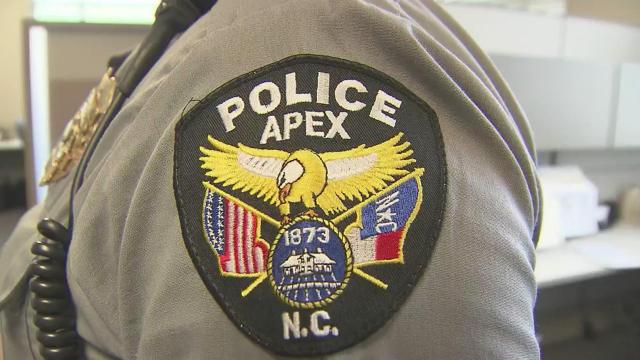 Apex, N.C. — A day after WRAL News shared a woman's allegations of a relationship with an Apex police officer, the chief defended his office and explained how the department deals with reports of misconduct.

"We look to uncover the truth as quickly and as accurately as possible so we can make a decision based on the facts," Chief of Police John Letteney said.

Under the law, Letteney could not get into specifics about former Detective Worth Brown but said, in his opinion, the investigation after a citizen filed a complaint against Brown was handled swiftly and with integrity.

Brown resigned from the department on Monday, 10 days after that complaint.

Julia Allgrove told WRAL News that she reported Brown after he worked with her on a case and after the pair had a relationship that left her uncomfortable. Allgrove says she was broken and vulnerable when Brown came on to her, and she gave in.

"We took it seriously. We acted expeditiously, respectfully to all involved," the chief said.

Allgrove made the complaint against Brown, saying he pushed her into a sexual relationship.

"I did not think he was going to take advantage of the situation," she said.

Apex has 84 sworn officers. In 2016, the department investigated 20 complaints and found reason to act in five of those cases.

Letteney says this case is not a reflection of his police force.

Still, he acknowledged that any allegation of misconduct allows room for improvement.

"We look critically as how we do business and how we can improve," he said.

Members of the Apex Town Council told WRAL News on Wednesday that they were satisfied that the police department handled this situation quickly and appropriately.

"They took the accusation seriously, investigated the complaint quickly, and the officer resigned shortly thereafter. My view of recent police issues nationally is that problems are made far worse when the misconduct is covered up and not acted upon. I believe that Apex police have been open throughout this process and have taken corrective action extremely quickly,” said Councilman Brett Gantt.

While the investigation ends with Brown's resignation, any agency that considers hiring him in the future will have access to a form, filed with the state, that reveals he has been under investigation for misconduct.