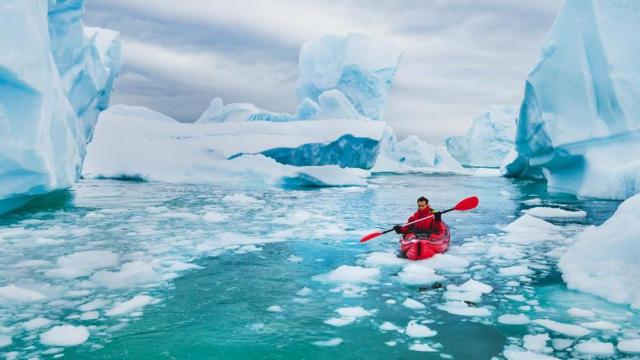 CNN — The hottest temperature ever recorded in Antartica was measured on Thursday at a remote station on the continent's Northern tip, scientists said.

That surpassed the previous record of 63.5 degrees Fahrenheit (17.5 Celsius) set on March 24, 2015 at the same location. Temperature records from Esperanza date back to 1961.

This means that the temperature at Esperanza was practically identical to what was felt Thursday afternoon in San Diego, California.

To be fair, it is summer in the Southern Hemisphere. But it's not typical that the temperatures in Antarctica -- one of the coldest places on Earth -- are nearly the same as those in Southern California.

The record-breaking temperature has not been verified by the World Meteorological Organization (WMO), which said it would convene a committee to confirm the measurement. But the WMO's Randall Cerveny said in a release that, "Everything we have seen thus far indicates a likely legitimate record ..."

The Antarctic region is heating up rapidly due to heat-trapping gas pollution from humans. And the warming observed here has serious global consequences, especially for the millions of people living on the world's coasts who are vulnerable to sea level rise.

The Antarctic peninsula where the record-breaking temperature was measured is one of the fastest warming places on Earth, with temperatures rising nearly 5.4 degrees Fahrenheit (3 degrees Celsius) in just the last 50 years, according to the WMO.

Studies have shown that many of Antarctica's massive glaciers are melting rapidly due to global warming. And all told, Antarctica's ice sheet contains enough water to raise global sea levels by nearly 200 feet, the WMO says.

A recent study found that warm ocean waters are melting the gigantic Thwaites Glacier in West Antarctica, which alone has the potential to raise global sea levels more than 10 feet.

And the neighboring Pine Island Glacier has also shown signs of increased instability in the last 25 years.