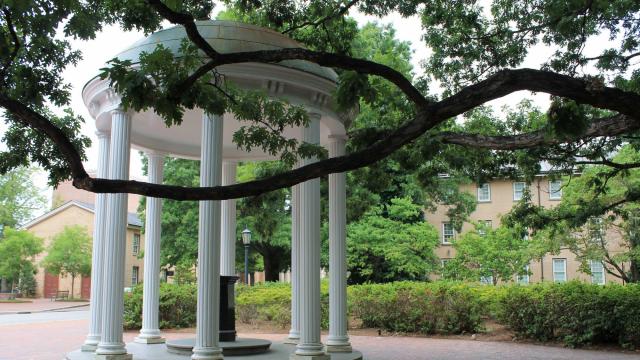 House Speaker Tim Moore's chief of staff, Bart Goodson, was announced Wednesday as the system's new head of government affairs under Peter Hans, who was named system president in June.

Hans and UNC Board of Governors Chairman Randy Ramsey pushed back Thursday against a suggestion that the well worn path between the General Assembly and Chapel Hill represents a good-ol'-boy system.

Republican leadership in the General Assembly appoints the Board of Governors, which in turn hired Hans. The legislature also decides state funding for the system, and Ramsey noted during a press conference Thursday that lawmakers will face difficult choices next year, given the coronavirus pandemic's impact on the state's economy – and state revenue.

Ramsey also said the hiring process was the president's to run and that "an exhaustive list" of candidates was considered. Hans said he interviewed a number of highly qualified candidates for both jobs, and he said both men will make less in their new roles than their predecessors.

Hans pointed to the rest of his senior leadership team in pushing back against an inference that Republican connections mean an inside track for high-paying system jobs. Norma Houston, for example, is Hans' chief of staff.

She once served as chief of staff for Senate President Pro Tem Marc Basnight, who held Berger's role in the North Carolina Senate when Democrats held the majority there.

Berger, R-Rockingham, said Tripp is leaving the state Senate "better than he found it."

"He's an honest broker, a straight shooter and a great lawyer who is committed to the rule of law and the people who serve here," Berger said in a statement.

Tripp advised former Senate Rules Chairman Tom Apodaca from 2011 to 2015, was Berger's general counsel from 2015 to 2018, then became Berger's chief of staff. In that role, he was a major player in budget and other negotiations with the House.

Goodson, as Moore's chief of staff, played a similar role from the other side of the legislative building.

Berger said he'll announce a new chief of staff "in the coming days."