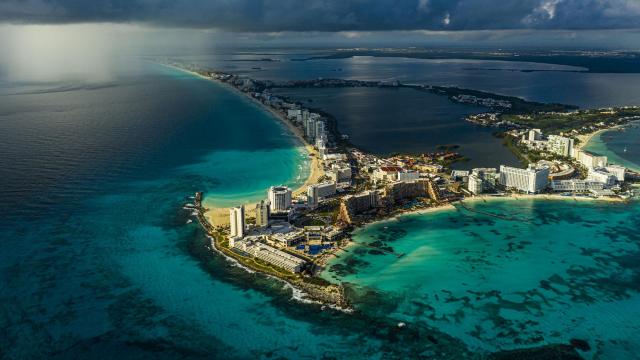 Last month was the hottest November on record, European researchers said Monday, as the relentlessly warming climate proved too much even for any possible effects of cooler ocean temperatures in the tropical Pacific Ocean.

Scientists with the Copernicus Climate Change Service said that global temperatures in November were 0.1 degree Celsius (about 0.2 degree Fahrenheit) above the previous record-holders, in 2016 and 2019. November 2020 was 0.8 degree Celsius (or 1.5 degrees Fahrenheit) higher than the average from 1981 to 2010.

Warm conditions persisted over large swaths of the planet, with temperatures the highest above average across Northern Europe and Siberia, as well as the Arctic Ocean. Much of the United States was warmer than average as well.

The Copernicus service said that so far this year, temperatures were on par with 2016, which was the hottest year on record. Barring a significant drop in global temperatures in December, 2020 was likely to remain tied with 2016 or even become the warmest on record by a small margin, the service said.

“These records are consistent with the long-term warming trend of the global climate,” the service’s director, Carlo Buontempo, said in a statement. “All policymakers who prioritize mitigating climate risks should see these records as alarm bells.”

In September, the world entered La Nina, a phase of the climate pattern that also brings El Nino and affects weather across the world. La Nina is marked by cooler-than-normal sea surface temperatures in the eastern and central tropical Pacific Ocean. Last month scientists with the National Oceanic and Atmospheric Administration said that La Nina had strengthened, meaning that surface temperatures had further declined.

While La Nina can bring warmer conditions to certain regions — notably, the southern United States — generally it has an overall cooling effect. Last week, in releasing a World Meteorological Organization climate report that noted, among other things, that 2020 was on track to be one of the three warmest years ever, the organization’s secretary-general, Petteri Taalas, said that La Nina’s cooling effect “has not been sufficient to put a brake on this year’s heat.”

Marybeth Arcodia, a doctoral student studying climate dynamics at the University of Miami, said there are other elements that affect climate, including natural oscillations of wind, precipitation, air pressure and ocean temperatures over different time scales. “There’s just so many different climate factors at play that could mask that La Nina signal,” Arcodia said.

But the biggest element, she noted, is human-induced climate change.

“Something to keep in mind is that the average global temperature is increasing at an unprecedented rate due to human influences,” she said. “That’s the main factor here.

"So we will continue to see these record-breaking temperatures even when we have climate phases, like La Nina, that could bring cooler temperatures.”

The Copernicus service scientists said the warm conditions in the Arctic last month had slowed the freeze-up of ice in the Arctic Ocean. The extent of sea-ice coverage was the second lowest for a November since satellites began observing the region in 1979. A slower freeze-up could lead to thinner ice and thus more melting in the late spring and summer.

The Arctic has been extraordinarily warm for much of the year, part of a long-term trend in which the region is warming significantly faster than other areas of the world. The warmth contributed to extensive wildfires in Siberia during the summer and led to the second-lowest minimum sea-ice extent for a September, the end of the summer melting season.

The Copernicus Climate Change Service is part of the European Center for Medium-Range Weather Forecasts, which is supported by the European Union. In the United States, NOAA also reports monthly and annual temperature data, usually later than the European agency. Although the analytical techniques differ, the findings are often very similar.