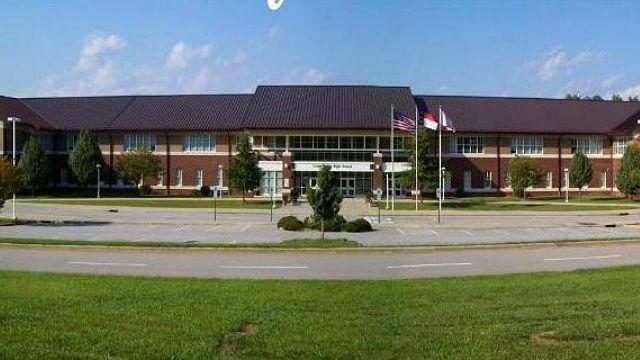 Hillsborough, N.C. — For the second time in three weeks, an Orange County student has been arrested in connection with a threat to shoot up his school, authorities said Thursday.

Alex Massey, 17, was charged with communicating a threat of mass violence on educational property.

Massey, a junior at Cedar Ridge High School, was charged after a student reported finding a threat of a shooting scratched into a bathroom stall at the school on Nov. 4, authorities said.

Three such threats were made against Cedar Ridge High between Oct. 25 and Nov. 7, authorities said.

Dylan George, 18, of Mebane, was arrested on Oct. 25 after a threat of a school shooting was texted to another student that morning. He also faces a charge of communicating a threat of mass violence on educational property.

Prosecutors said George, a senior at Cedar Ridge High, didn't want to go to school that day and used a program to mask his cellphone number in a text sent to his girlfriend. The girl's mother then reported the threat to authorities.

"Threats like these are very serious matters. They produce an extreme amount of anxiety, they interfere with the academic process, and they are very expensive to the community," Orange County Sheriff Charles Blackwood said in a statement. "They concentrate law enforcement efforts in a specific geographical place, leaving other parts of the county with fewer resources at their disposal for emergency response, routine patrol and proactive measures. A threat like this endangers more than just the school; it places our entire community at risk."

A $2,500 reward has been offered for information leading to the arrest and conviction of the person responsible for the third threat, which was found on the gymnasium floor on Nov. 7. In that threat, the author indicated he or she planned gun violence at the school on Nov. 14, authorities said.

Any student with information about the threat is asked to contact Cedar Ridge High school resource officers Cpl. Jon Daniel or Cpl. Jason Wagner or ask a teacher or administrator for help.

"Safety is our No. 1 goal. Threats of violence against our students and school community are serious offenses," Orange County Schools Superintendent Monique Felder said in a statement.