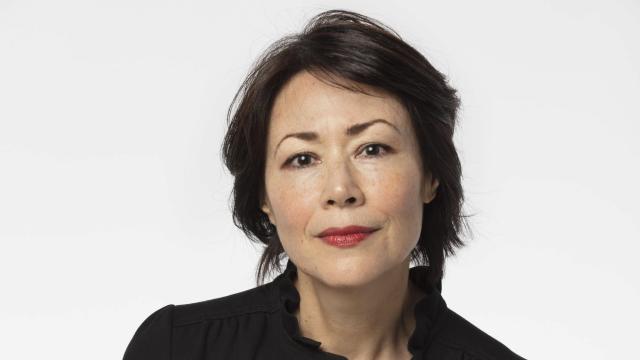 Ann Curry has rarely shied away from taking a leap, as witnessed in her 2007 bungee jump for charity. So when she left NBC News in 2015 — after a 25-year run during which she reported on wars and natural disasters, hosted “Dateline” and anchored “Today” alongside Matt Lauer — she’d already pinpointed her landing.

She wanted to do projects that do some good.

“I’ve spent many years covering transformative moments and documenting what people experience in real time,” Curry said. “To be able to interview people after they’ve had time to think about what’s happened and who to thank for their survival, it’s a different way of doing those kinds of stories.”

In “We’ll Meet Again,” whose second season begins Nov. 13 on PBS (check local listings), Curry holds up the proverbial mirror “to see our capacity for greatness in the worst of moments,” she said, recounting tales of heroism and reuniting the saved with the savior. Episodes in the first season traced intersecting lives during the gay and civil rights movements, 9/11, the Vietnam War and World War II. Season 2’s six new episodes feature reunions between Vietnam and Korean War veterans and those who saved them; Holocaust survivors and the friends who gave them hope; children who survived the Great Alaskan Earthquake and those who escaped Cuba; and women who fought for gender equality in the workplace and at home in the 1970s and ‘80s.

“We’re living in such an acrimonious time, and I’m going the other direction,” Curry said. “I want to find and do those stories that remind us that in fact our true nature is not where we are — that we actually are bigger and deeper and more generous than that.”

During a phone interview from her home in Manhattan, Curry, 61, who also writes for National Geographic magazine, talked about the stories she finds illuminating, her own place in the #MeToo movement, and the issues of truth and trust in journalism.

Q: How do you find these remarkable stories?

A: We think about what transformative events in history have occurred and stories that help us see these big moments not through the eyes of generals or presidents or kings, but rather through the eyes of everyday people. There’s greatness that these terrible moments can tap within us because we’re finding stories of courage and hope and resilience. And the thing that’s been incredibly surprising is the considerable feedback we’re getting that people are saying that these are the stories that they need to hear in these times.

A: I think the common denominator is this idea of physical or emotional rescue. It speaks to our need as human beings to connect with others and how we can affect each other with words and deeds and change a life.

A: It’s a live, 10-week multimedia event to help people who are undiagnosed or misdiagnosed break down the walls that separate them from the medical care they need.

Q: When you left “Today” in June 2012, some blamed Matt Lauer for your departure. A year ago, he was fired amid allegations of sexual harassment. You have since said that you felt that Lauer abused his power.

A: On “CBS This Morning,” I said there was a verbal sexual harassment that was pervasive and that I would be surprised if I heard a woman say that didn’t exist. I said then, and I’ve since also said publicly, that I mentioned to my manager that a woman came to me and reported physical sexual harassment.

Q: Are you satisfied with the way NBC has dealt with the accusations against Lauer and Tom Brokaw?

A: You know, I think that’s the wrong question. It’s not about whether I’m satisfied. I think the real question is, What is it going to take for women to be able to be in the workplace and not have the struggle, the pain, the vulnerability of sexual harassment, physical or verbal?

Media companies are the bright, shiny object in the problem. [But] the pressure is on all companies to find a path that allows women and men to report these experiences and have them fully investigated without retribution. What may be needed is an outside agency that has an ability to investigate and, when there is adequate evidence, to help prosecute cases in which there are clear violations of the law.

Q: The Times recently reported that of 201 powerful men brought down by #MeToo, nearly half were replaced by women.

A: We should make no mistake: The third wave of the women’s movement has begun. The first gave women the right to vote; the second gave women opportunities. What we are witnessing is the third wave, the one that is aiming to eliminate these last hurdles. And sexual harassment is clearly one of the hurdles that has prevented women from reaching their full potential. It was just a matter of time before women rise to be equal partners to the highest ranks.

Q: In a TEDx talk about this tumultuous era in journalism, you ask, “Who can we trust to tell us the truth?” What’s the answer?

A: Credibility lost is never fully regained, and institutions have made tremendous mistakes in the movement toward, essentially, the internet because of economic pressures. I think also a lot of factors have raised doubts about the trustworthiness of journalism — unfairly. But journalism is vulnerable to making mistakes because it’s just the very nature of what we do. I think it’s about individual reporters who are trustworthy and are not self-promoting, promoting their institutions [or] promoting one side or another of the story, but who really are trying to promote the truth.

I can tell you who I don’t trust: We shouldn’t trust people who have an agenda, because I don’t think that’s journalism. I think that’s propaganda. Never have so many consumed so much media and yet been so misinformed.