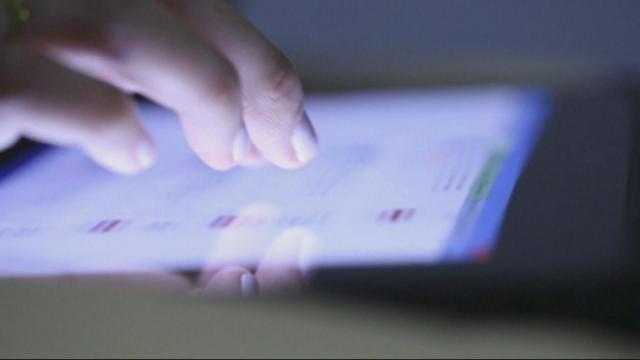 Among tweets containing baseless claims about election results, Fox Business host Maria Bartiromo echoed a rallying cry of many prominent conservative voices in a tweet shortly after Election Day: "I will be leaving [Twitter] soon and going to Parler. Please open an account on @parler right away."

A substantial number of users have followed these voices onto the platform, fueled by complaints over actions major social media platforms have taken against election misinformation and false allegations of voter fraud, such as disputing claims with fact-check labels. Twitter, in particular, took aggressive action on many of President Trump's tweets during the election. At one point, the social network applied warning labels to more than a third of Trump's tweets after polls closed. Some of Trump's tweets were hidden behind a warning label which users had to click through before being able to read what they said.

Parler, founded in 2018 by John Matze and Jared Thomson, bills itself as "unbiased social media" and a place where people can "speak freely and express yourself openly without fear of being 'deplatformed' for your views," according to its website and App Store description. It looks like a mashup of Twitter and Instagram, with its main feed, follower counts and ways to share posts and links.

It's also rife with misinformation, including a stream of baseless allegations of voter fraud, such as false assertions that "millions" of votes were either lost or switched from Donald Trump to Joe Biden.

The app has seen an influx of downloads following the US election. Parler hit the number one spot overall on Apple's US App Store among free apps for the first time on Sunday – ahead of names including TikTok and YouTube – according to Apptopia which tracks mobile apps. Since last Friday, more than 4.5 million new people signed up for accounts, according to a letter from Parler CEO Matze.

CNN Business asked Parler about the recent influx of conservative voices and whether the platform uses any kind of content moderation but did not receive a response.

"A lot of people are just discovering Parler for the first time, but it's been around for a while in terms of being an echo chamber for both right-wing news, but also for misinformation," said Joan Donovan, an expert in online extremism and disinformation and research director of the Shorenstein Center on Media, Politics and Public Policy at Harvard University.

Singer Joy Villa, a vocal supporter of President Trump, told her nearly 250,000 Twitter followers to go follow her on Parler earlier this week. She said she previously had one of her YouTube videos temporarily removed, and she feels that conservatives are being "disenfranchised" on the larger social media platforms.

"There's a lot of shadow banning, censorship and over saturated 'fact checking' to the detriment of being able to freely post anything, even on the President of the United States," Villa told CNN Business in an email. "I love that Parler is transparent with who views my posts, and that they promote and actually support free speech and free thought."

Facebook, Twitter and other social networks have stepped up efforts to crack down on misinformation, which comes amid an outcry from prominent conservatives that their voices are being disproportionately censored.

It's not just Parler that's getting a boost. The app of right-wing media outlet Newsmax has climbed the app charts recently and other social apps like MeWe and video-sharing platform Rumble are also gaining steam, both of which promise not to clamp down people's voices.

Oren Segal, vice president at the Anti-Defamation League's Center on Extremism, warned that while Parler has become popular with conservatives, it's also attracting extremists. He worries this could expose non-extremists to radical viewpoints.

"We have seen, time after time, that extremists always look for alternatives to migrate to if they are finding difficulties on the platforms on which they're established," Segal said. "If a lot of people start migrating onto a platform to hear the Laura Ingrahms and Sean Hannitys, but are getting a steady dose of Proud Boys ... that may normalize the fringes in a way that normally it wouldn't."

(The Proud Boys are a group whose ideology has been labeled "misogynistic, Islamophobic, transphobic, and anti-immigration" by the ADL).

According to an ADL report released on Thursday, members of the Proud Boys, adherents of conspiracy theory QAnon, anti-government extremists and white supremacists all openly promote their views on Parler. "Holocaust denial, antisemitism, racism and other forms of bigotry are also easy to find," the ADL said.

Both extremists and "mainstream conservatives" are using the app to organize and recruit for pro-Trump events, such as the "Million MAGA March" in Washington DC, according to the ADL report.

Meanwhile, a virtual event on Facebook scheduled for Friday is spurring people to join alternative platforms, like Parler. The event banner reads: "LEAVE FACEBOOK. Join another social media outlet that does not Censor US! #MassExitOffFacebook November 13, 2020."

But Parler's staying power is an open question. Over the years, cries of censorship have prompted several alternatives to crop up, such as Gab, 4chan and 8chan. However, none have yet succeeded in creating a long-lasting and robust right-leaning platform. These smaller players lack the resources of big companies like Facebook, their infrastructure can buckle under the pressure of increased traffic and they typically don't have all the features of other social platforms that users are accustomed to.

"When these minor apps get popular, they don't work," said Harvard's Donovan. "People try to have some kind of mass exodus from some of the major platforms and they can't because the user experience is just poor."