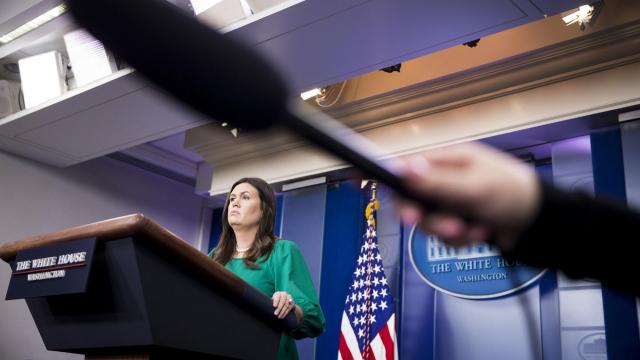 WASHINGTON — Amid the storm of criticism over his response to the synagogue killings in Pittsburgh and the accusations that his messaging created the atmosphere that caused them, President Donald Trump has turned to the people he trusts most for advice — his family.

His son-in-law, Jared Kushner — who keeps a photograph of his grandparents, both Holocaust survivors, in his West Wing office, and a mezuza on the doorway — as well as his daughter Ivanka, who converted to Judaism to marry Kushner, have quietly and persistently shaped the president’s response to one of the nation’s deadliest cases of anti-Semitism.

In the immediate aftermath of the shooting on Saturday, their conversation with the president led to a marked change in his language. Within hours, his remarks went from a vague statement — “if they had an armed guard inside, they might have been able to stop him immediately,” he said — to a plea to a rally crowd in Illinois to combat “the scourge of anti-Semitism.”

It was their advice to go to Pittsburgh on Tuesday despite the opposition of city officials and many members of the Jewish community. And to lay groundwork for the visit, they dispatched Jason D. Greenblatt, a White House aide who has worked with Kushner on a Middle East peace initiative, and Avi Berkowitz, who works for Kushner.

And it has been Kushner, in particular, who has been phoning Trump allies and encouraging them to support the president, who has grown frustrated about being accused of engendering a politically volatile climate.

For the most part, the couple has worshipped quietly in Washington, though they are sometimes photographed walking their children to temple on the Sabbath. Rabbi Levi Shemtov, who is the executive vice president of American Friends of Lubavitch, which includes the temple the pair attend, declined to comment on their activities. “They come here as congregants, not as public figures,” he said.

But after the shooting over the weekend, the White House has publicly emphasized Ivanka Trump and Kushner’s religion — and their proximity to the president.

“He adores Jewish Americans as part of his own family,” an emotional Sarah Huckabee Sanders, the White House press secretary, said during a briefing with reporters on Monday. “The president is the grandfather of several Jewish grandchildren. His daughter is a Jewish American, and his son-in-law is a descendant of Holocaust survivors.”

For Trump’s Jewish supporters, who have focused on his promise to fight violence with political force, his family involvement has been an important sign of his seriousness.

“The fact that he’s actually taking serious advice from his daughter, who happens to be Jewish, I think that people are very happy with this,” Lisa Spies, a Republican fundraiser, said in an interview.

Conservative Jewish supporters have stuck by the president based on his support for Israel, particularly his decision to move the U.S. Embassy there to Jerusalem.

But Ivanka Trump and Kushner have been closely scrutinized by other more liberal Jews — who expect them to be public, forceful advocates with the president as anti-Semitism rises in the United States.

Last year, after a deadly rally held by white supremacists in Charlottesville, Virginia, the couple, along with other Jewish members of the Trump administration, were heavily criticized for not doing enough to speak out when the president claimed that “both sides” were to blame for the violence that erupted and resulted in the death of a woman.

In progressive Jewish circles, Kushner and Ivanka Trump have been accused of sanitizing the president’s refusal to cut ties with white nationalist supporters who have fanned the flames of anti-Semitism.

With Donald Trump’s past remarks in mind, some relatives of the victims in the Pittsburgh shooting made clear before the president’s arrival that they were unwilling to hear from him.

When the FBI met with the family members of Daniel Stein, a 71-year-old who was killed at the Tree of Life synagogue, they told officials they did not want Trump to visit.

“We said absolutely not, not after blaming people for what occurred,” said Steven Halle, Stein’s nephew, referring to the president’s comments about the synagogue needing an armed guard. “It was just a worthless thing to say. The man doesn’t think before he opens his mouth.”

Trump brought a contingent of administration officials including Melania Trump, the first lady; Sanders; and Steven Mnuchin, the Treasury secretary, who is Jewish.

But when it comes to a more sustained response to the shooting from the White House, people will be looking to Ivanka Trump and Kushner. This is particularly true as the president is expected to return immediately to his midterm agenda, which includes sending troops to the southwest border and embarking on 11 political rallies in the days before the elections. Ron Klein, a former Florida congressman and the founder of the Jewish Democratic Council of America, said that he was skeptical that the president’s daughter and son-in-law could do much to influence Trump's behavior beyond prompting him to make a somber visit.

“I’ve never accepted the notion that just because Donald Trump has Jewish family members that it makes him any more sympathetic to Jewish interests,” Klein said.

But Matthew Brooks, the executive director of the Republican Jewish Coalition, said that the expectations demanded of Ivanka Trump and Kushner were outsized, and the criticism of them simply unfair.

“The Jewish community has worked hard in modern days to make sure that there are Jewish folks surrounding any administration,” Brooks said, noting that aides to both President George W. Bush and President Barack Obama would speak with pride about how many Jewish officials worked for them. “It’s grossly unfair to call them ‘court Jews.’”