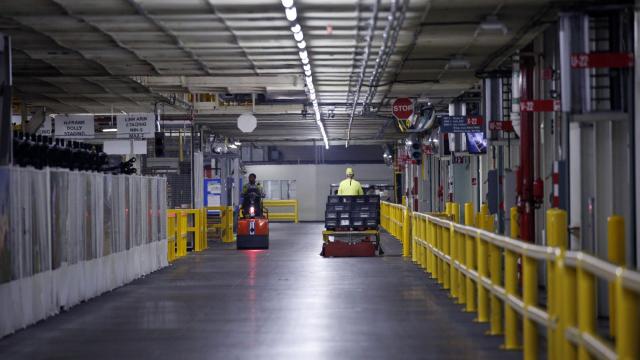 CNN — The US economy in 2019 grew at its slowest pace in three years, according to preliminary data from the Commerce Department.

The economy under President Donald Trump has been consistently strong but not electric. In its best year, 2018, the economy expanded at a 2.9% clip. In 2017, it grew by 2.4%.

The dropoff in 2019 was because personal consumption and exports fell, according to the Commerce Department.

In the final quarter of the year, the economy grew at an annualized rate of 2.1%. This was in line with the consensus forecasts of economists polled by Refinitiv, and matched the growth rate of the third quarter.

The economy's growth slowed throughout 2019. Although the first quarter of the year pushed ahead with more than 3% annualized growth, the remaining three quarters of the year were all around the 2% mark.

Economic indicators are pointing at opposing directions for future growth.

"While the housing and labor markets have been particularly positive, the auto market has been sliding and market volatility has posed some challenges, especially at the beginning of Q4. This makes today's GDP win all the more satisfying," said Steve Rick, chief economist at CUNA Mutual Group.