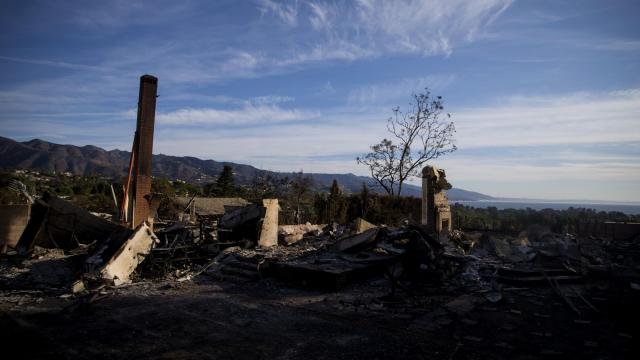 The deadly wildfires that are devastating communities in parts of Northern and Southern California first ignited in an expanding part of the U.S. landscape: not in forests, not in cities, but in the areas that experts call the wildland-urban interface.

It is the transition zone between wildlands — such as forests, grasslands and scrublands — and human development.

Researchers say that wildfires pose the greatest risk to people along the wildland-urban interface. This is partly because the homes in those areas butt up against the vegetation that can fuel fires, putting their occupants in significant danger. And there are more fires in those areas because of the presence of humans, who often ignite them.

In a few places, like New England, the numbers have increased as forested land has retaken abandoned farmland: The wildlands have encroached on people. But in California, where roughly 1 million homes were built in the wildland-urban interface during that time period, it is because people are moving into these areas. At the same time, because of climate change, the state’s dry periods have become hotter and drier, increasing fire risk.

It is not easy to generalize why people are moving into these regions, said Anu Kramer, a postdoctoral researcher at the University of Wisconsin-Madison.

Some move to live closer to nature, others to avoid government regulations or find a lower cost of living. There are also indigenous communities and people who work the land.

“We’re talking timber-dependent or ranching communities that really spend a lot more time interfacing with that land and have a lot more of their livelihood tied to it,” said Travis Paveglio, an assistant professor of natural resource sociology at the University of Idaho.

Northwest of Los Angeles, the Woolsey Fire has ripped through densely populated areas in cities like Thousand Oaks and Malibu, and other areas that some researchers call the wildland-urban intermix. It is a type of wildland-urban interface where areas of housing and vegetation commingle.

Fire has not deterred development in these types of areas, nor redevelopment. Using aerial photos, researchers looked at how many buildings were rebuilt in California after wildfires.

In 29 fires between 1970 and 2009, 49 percent of burned buildings were rebuilt within six years, said Miranda H. Mockrin, a research scientist with the U.S. Forest Service.

For 11 of those fires, data was available for a 25-year span after the fire. Researchers found that 94 percent of damaged buildings had been rebuilt, although they couldn’t tell whether the original owners or someone else had done the rebuilding.

“In general for wildfire, as other hazards, there is a big push to sort of return to normal, to encourage rebuilding,” Mockrin said.

California already has what Mockrin calls some of the strictest fire regulations in the country.

Since 1991, a structure built in the wildland-urban interface “has to be made up of noncombustible materials, noncombustible roof, closed eaves,” said Jonathan Cox, a division chief with the California Department of Forestry and Fire Protection.

The regulations are on top of any local requirements. But those rules do not apply to buildings constructed before 1991. According to Zillow, the average home in California was built in the 1950s.

“What we don’t have is retrofit programs,” said Max Moritz, a cooperative extension specialist in wildfire at the Bren School of Environmental Science and Management at the University of California, Santa Barbara. “We retrofit for earthquake safety. And there’s public funding for mitigating flood exposure. But we don’t do that for fire.”

There have been efforts in recent years to create “fire-adapted communities” that are better situated to handle fires.

“We know these lands are dangerous,” Cox said. “We know they’re susceptible to fire. How we build on these lands is an important consideration as we move forward.”