American Airlines to begin nonstop flights from RDU to LA 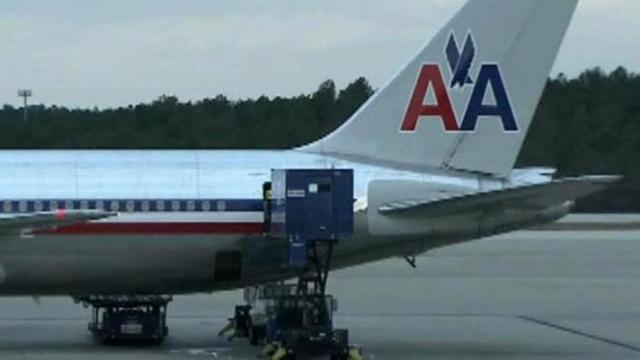 Raleigh, N.C. — Raleigh-Durham International Airport travelers soon will have another daily connection to the West Coast. American Airlines announced Friday that it will begin daily nonstop service to Los Angeles beginning on April 2.

Flight times and ticket prices are not yet known, however.

American said that information will be available on Sunday.

Delta Airlines already provides service between RDU and Los Angeles, but not on a daily basis. Those flights began in 2006.

American is moving to capitalize on the fact that more than 100,000 people travel between RDU and Los Angeles each year.

"This flight will go a long way to meeting the demand for service from RDU to the West Coast,” said said. “It also says a lot about American’s confidence in our region that it designated RDU as part of its expansion of service to its five hubs.”

American also is following up on the success enjoyed by United in its service to San Francisco, said Mindy Hamlin, an RDU spokesperson.

"Reports are that the flight is going very well and as expected – both ways," Hamlin told WRAL News.

Hamlin noted businesses also will benefit from the Los Angeles connection, especially companies involved in the video game industry. The Triangle has one of the nation's largest game development hubs.

"The game industry has a lot of relationships with companies in Los Angeles and Hollywood," Hamlin said. "Plus, Los Angeles serves as a connection for other points on the West Coast, Hawaii and Asia."

Growing demand made clear that "we need that daily connection," Hamlin noted.