DAVID BROOKS: America is falling apart at the seams 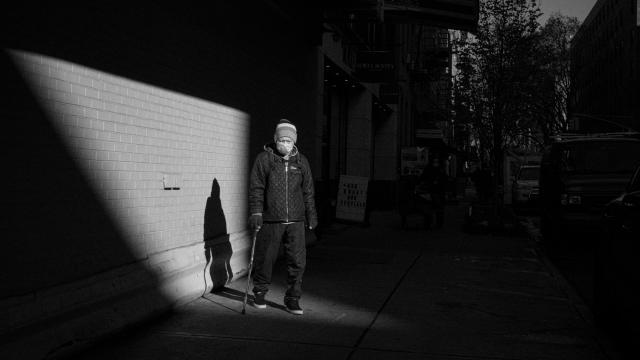 EDITOR'S NOTE: David Brooks is a New York Times columnist. He is the author of “The Road to Character” and, most recently, “The Second Mountain.”

In June a statistic floated across my desk that startled me. In 2020, the number of miles Americans drove fell 13% because of the pandemic, but the number of traffic deaths rose 7%.

I couldn’t figure it out. Why would Americans be driving so much more recklessly during the pandemic? But then in the first half of 2021, according to the National Highway Traffic Safety Administration, motor vehicle deaths were up 18.4% even over 2020. Contributing factors, according to the agency, included driving under the influence, speeding and failure to wear a seat belt.

Why are so many Americans driving irresponsibly?

While gloomy numbers like these were rattling around in my brain, a Substack article from Matthew Yglesias hit my inbox this week. It was titled “All Kinds of Bad Behavior Is on the Rise.” Not only is reckless driving on the rise, Yglesias pointed out, but the number of altercations on airplanes has exploded, the murder rate is surging in cities, drug overdoses are increasing, Americans are drinking more, nurses say patients are getting more abusive, and so on and so on.

Teachers are facing a rising tide of disruptive behavior. The Wall Street Journal reported in December, “Schools have seen an increase in both minor incidents, like students talking in class, and more serious issues, such as fights and gun possession. In Dallas, disruptive classroom incidents have tripled this year compared with pre-pandemic levels, school officials said.”

This month, the Institute for Family Studies published an essay called “The Drug Epidemic Just Keeps Getting Worse.” The essay noted that drug deaths had risen almost continuously for more than 20 years, but “overdoses shot up especially during the pandemic.” For much of this time, the overdose crisis has been heavily concentrated among whites, but in 2020, the essay observed, “the Black rate exceeded the white rate for the first time.”

The number of gun purchases has soared. In January 2021, more than 2 million firearms were bought, The Washington Post reported, “an 80% year-over-year spike and the third-highest one-month total on record.”

As Americans’ hostility toward one another seems to be growing, their care for one another seems to be falling. A study from Indiana University’s Lilly Family School of Philanthropy found that the share of Americans who give to charity is steadily declining. In 2000, 66.2% of households made a charitable donation. But by 2018, only 49.6% did. The share who gave to religious causes dropped as worship service attendance did. But the share of households who gave to secular causes also hit a new low, 42%, in 2018.

This is not even to mention the parts of the deteriorating climate that are hard to quantify — the rise in polarization, hatred, anger and fear. When I went to college, lo these many years ago, I never worried that I might say something in class that would get me ostracized. But now the college students I know fear that one errant sentence could lead to social death. That’s a monumental sea change.

It has to be said that not every trend is bad. Substance use among teenagers, for example, seems to be declining. And a lot of these problems are caused by the presumably temporary stress of the pandemic. I doubt as many people would be punching flight attendants or throwing temper tantrums over cheese if there weren’t mask rules and a deadly virus to worry about.

But something darker and deeper seems to be happening as well — a long-term loss of solidarity, a long-term rise in estrangement and hostility. This is what it feels like to live in a society that is dissolving from the bottom up as much as from the top down.

What the hell is going on? The short answer: I don’t know. I also don’t know what’s causing the high rates of depression, suicide and loneliness that dogged Americans even before the pandemic and that are the sad flip side of all the hostility and recklessness I’ve just described.

We can round up the usual suspects: social media, rotten politics. When former President Donald Trump signaled it was OK to hate marginalized groups, a lot of people were bound to see that as permission.

Some of our poisons must be sociological — the fraying of the social fabric. Last year, Gallup had a report titled “U.S. Church Membership Falls Below Majority for First Time.” In 2019, the Pew Research Center had a report: “U.S. Has World’s Highest Rate of Children Living in Single Parent Households.”

And some of the poisons must be cultural. In 2018, The Washington Post had a story headlined “America Is a Nation of Narcissists, According to Two New Studies.”

But there must also be some spiritual or moral problem at the core of this. Over the past several years and over a wide range of different behaviors, Americans have been acting in fewer pro-social and relational ways and in more anti-social and self-destructive ways. But why?

As a columnist, I’m supposed to have some answers. But I just don’t right now. I just know the situation is dire.