PAUL KRUGMAN: America didn't give up on COVID-19. Republicans did 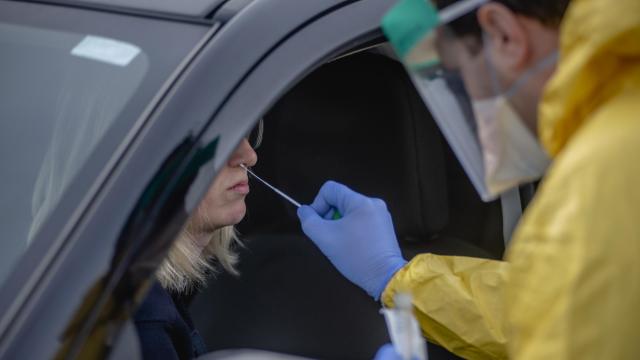 EDITOR'S NOTE: Paul Krugman is a New York Times columnist and also a Distinguished Professor at the City University of New York Graduate Center.  He won the 2008 Nobel Memorial Prize in Economic Sciences for his work on international trade and economic geography.

Earlier this year much of America went through hell as the nation struggled to deal with COVID-19. More than 120,000 Americans have now died; more than 20 million have lost their jobs.

But it’s looking as if all those sacrifices were in vain. We never really got the coronavirus under control, and now infections, while they have fallen to a quite low level in the New York area, the pandemic’s original epicenter, are surging in much of the rest of the country.

And the bad news isn’t just a result of more testing. In new hot spots like Arizona — where testing capacity is being overwhelmed — and Houston the fraction of tests coming up positive is soaring, which shows that the disease is spreading rapidly.

It didn’t have to be this way. The European Union, a hugely diverse area with a larger population than the U.S., has been far more successful at limiting the spread of COVID-19 than we have. What went wrong?

The immediate answer is that many U.S. states ignored warnings from health experts and rushed to reopen their economies, and far too many people failed to follow basic precautions like wearing face masks and avoiding large groups. But why was there so much foolishness?

Well, I keep seeing statements to the effect that Americans were too impatient to stay the course, too unwilling to act responsibly. But this is deeply misleading, because it avoids confronting the essence  of the problem.  Americans didn’t fail the COVID-19 test; Republicans did.

After all, the Northeast, with its largely Democratic governors, has been appropriately cautious about reopening, and its numbers look like Europe’s. California and Washington are blue states that are seeing a rise in cases, but it’s from a relatively low base, and their Democratic governors are taking actions like requiring the use of face masks and seem ready to reverse their reopening.

So the really bad news is coming from Republican-controlled states, especially Arizona, Florida and Texas, which rushed to reopen and, while some are now pausing, haven’t reversed course. If the Northeast looks like Europe, the South is starting to look like Brazil.

Nor is it just Republican governors and state legislatures. According to the new New York Times/Siena poll, voters overall strongly favor giving control of the pandemic priority over reopening the economy — but Republican voters, presumably taking their cue from the White House and Fox News, take the opposite position.

And it’s not just about policy decisions. Partisanship seems to be driving individual behavior, too, with self-identified Democrats significantly more likely to wear face masks and engage in social distancing than self-identified Republicans.

The question, then, isn’t why “America” has failed to deal effectively with the pandemic. It’s why the GOP has in effect allied itself with the coronavirus.

Part of the answer is short-term politics. At the beginning of this year Donald Trump’s reelection message was all about economic triumphalism: Unemployment was low, stocks were up, and he was counting on good numbers to carry him through November. He and his officials wasted crucial weeks refusing to acknowledge the viral threat because they didn’t want to hear any bad news.

And they pushed for premature reopening because they wanted things to return to what they seemed to be back in February. Indeed, just a few days ago the same Trump officials who initially assured us that COVID-19 was no big deal were out there dismissing the risks of a second wave.

I’d suggest, however, that the GOP’s coronavirus denial also has roots that go beyond Trump and his electoral prospects. The key point, I’d argue, is that COVID-19 is like climate change: It isn’t the kind of menace the party wants to acknowledge.

It’s not that the right is averse to fearmongering. But it doesn’t want you to fear impersonal threats that require an effective policy response, not to mention inconveniences like wearing face masks; it wants you to be afraid of people you can hate — people of a different race or supercilious liberals.

So instead of dealing with COVID-19, Republican leaders and right-wing media figures have tried to make the pandemic into the kind of threat they want to talk about. It’s “kung flu,” foisted on us by villainous Chinese. Or it’s a hoax perpetrated by the “medical deep state,” which is just looking for a way to hurt Trump.

The good news is that the politics of virus denial don’t seem to be working. Partly that’s because racism doesn’t play the way it used to: The Black Lives Matter protesters have received broad public support, despite the usual suspects’ efforts to portray them as rampaging hordes. Partly it’s because the surge in infections is becoming too obvious to deny; even Republican governors are admitting that there’s a problem, although they still don’t seem willing to act.

The bad news is that partisanship has crippled our COVID-19 response. The virus is winning, and all indications are that the next few months will be a terrifying nightmare of rampant disease and economic disruption.