Zy'Rah Nicole Holliday is about 3 feet tall and 35 pounds. She has brown hair and brown eyes and was last seen wearing a black shirt with flowers and the word "Love" on it and black jogging pants.

Harnett County Sheriff Wayne Coats said that the girl and her 11-month-old half-brother were taken from their apartment on Sweet Lane at about 6:15 a.m. following a domestic dispute. The boy was found shortly after 10:30 a.m. at a nearby home of a relative, Coats said. The child had some scratches on his face, but it was unclear how he got them.

Daquan Seandre Thomas, 20, was apprehended Tuesday afternoon near the relative's home and was charged with two counts of misdemeanor child abuse and one count of felony child abduction. 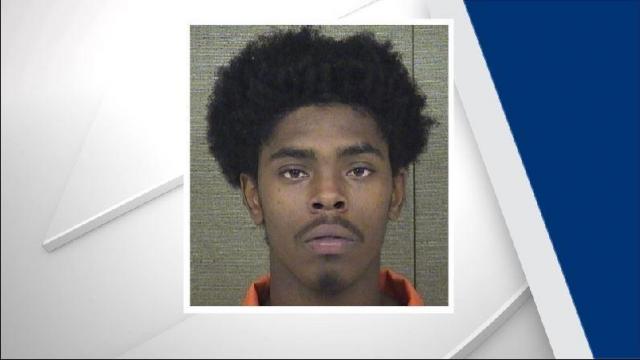 Thomas is the father of the 11-month-old boy and is the boyfriend of Zy'Rah's mother, Coats said.

Officials said Tuesday night that the child's mother took out a restraining order against Thomas Monday.

He was being questioned late Tuesday to determine the girl's whereabouts, Coats said.

"He’s saying what he wants to say right now," the sheriff said.

A judge on Wednesday set a probable cause hearing for Thomas on Nov. 14.

Temperatures around central North Carolina dropped into the low to mid-40s overnight.

"Any time we have a missing child and we don't know where [she's] at, I'm real concerned," Coats said. "I probably won't go home tonight until we've exhausted everything, and we'll have teams out all night."

People who live in the apartment complex said they're likewise concerned about Zy'Rah, especially when they learned of her half-brother's injuries.

"I don't think anything good. I don't have a positive thought about that," Karen Baker said. "If you took one (child) somewhere, wherever you took that one, to me, you should have left both of them."

The FBI, the State Highway Patrol and Anderson Creek EMS were assisting in the search for Zy'Rah. Two helicopters were used in the search late Tuesday.

"I ask everyone to please pray for this family," Coats said. "There's a lot of pain right now."

Anyone with information on their whereabouts is asked to call the Harnett County Sheriff's Office at 910-893-9111, or call 911 or *HP.