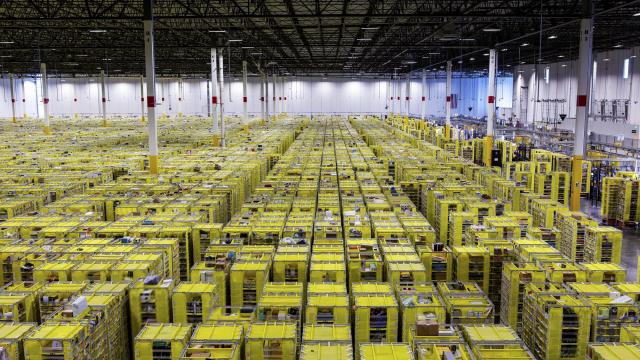 SEATTLE — After conducting a yearlong search for a second home, Amazon has switched gears and is now finalizing plans to have a total of 50,000 employees in two locations, according to people familiar with the decision-making process.

The company is nearing a deal to move to the Long Island City neighborhood of Queens, according to two of the people briefed on the discussions. Amazon is also close to a deal to move to the Crystal City area of Arlington, Virginia, a Washington suburb, one of the people said. Amazon already has more employees in those two areas than anywhere else outside Seattle, its home base, and the Bay Area.

Amazon executives met two weeks ago with Gov. Andrew M. Cuomo in the governor’s Manhattan office, said one of the people briefed on the process, adding that the state had offered potentially hundreds of millions of dollars in subsidies. Executives met separately with Mayor Bill de Blasio, a person briefed on that discussion said. Long Island City is a short subway ride across the East River from Midtown Manhattan.

“I am doing everything I can,” Cuomo told reporters when asked Monday about the state’s efforts to lure the company. “We have a great incentive package,” he said.

“I’ll change my name to Amazon Cuomo if that’s what it takes,” Cuomo said. “Because it would be a great economic boost.”

The need to hire tens of thousands of high-tech workers has been the driving force behind the search, leading many to expect it to land in a major East Coast metropolitan area. Many experts have pointed to Crystal City as a front-runner, because of its strong public transit, educated workforce and proximity to Washington.

JBG Smith, a developer who owns much of the land in Crystal City, declined to comment, as did Arlington County officials.

Amazon declined to comment on whether it had made any final decisions. The Wall Street Journal earlier reported Amazon’s decision to pick two new locations instead of one.

About 1,800 people in advertising, fashion and publishing already work for Amazon in New York, and roughly 2,500 corporate and technical employees work in Northern Virginia and Washington.

Amazon narrowed the list to 20 cities in January, and in recent weeks, smaller locations appeared to fall out of the running. For example, although Denver made the initial cut, Gov. John Hickenlooper of Colorado said last month, “Wouldn’t they rather have their second big hub on the East Coast?”

HQ2 would be “full equal to our current campus in Seattle,” the company said. If Amazon goes ahead with two new sites, it is unclear whether the company would refer to both locations as headquarters or if they would amount to large satellite offices.

Picking multiple sites would allow it to tap into two pools of talented labor and perhaps avoid being blamed for all the housing and traffic woes of dominating a single area. It could also give the company greater leverage in negotiating tax incentives, experts said.

“Even if the most obvious reasons appear to be about attracting more tech workers, the PR and government incentives benefits could help, too,” said Jed Kolko, chief economist at Indeed, the online jobs site. With big presences in two cities, the local governments “might feel pressure to increase the incentives they are offering Amazon, and the surprise is yet another news cycle for the Amazon headquarters process,” he said.

The HQ2 search sent states and cities into a frenzied bidding war. Some hired McKinsey & Co. and other outside consultants to help them with their bids, investing heavily in courting Amazon and its promise of 50,000 jobs. Even half of that would amount to one of the largest corporate location deals, according to Greg LeRoy, executive director of Good Jobs First, which tracks corporate subsidies. “These are very big numbers,” he said.

As Amazon’s search dragged on, residents in many of 20 finalist cities worried about the effect such a massive project could have on housing and traffic, as well as what potential tax incentives could cost the community. The decision to split into two sites could alleviate some of that resistance.

Seattle has been one of the fastest-growing cities in the country, in part because of Amazon’s growth. The company has about 45,000 employees in the city, and the company said it needed to hire more employees than the city could attract or absorb.

“Not everybody wants to live in the Northwest,” Jeff Wilke, the head of Amazon’s retail division, said at a conference last year. “It’s been terrific for me and my family, but I think we may find another location allows us to recruit a different collection of employees.” Amazon gave cities six weeks to pitch themselves in a public courtship. Almost 240 municipalities responded, trying to lure the tech giant with marketing gimmicks, promises of new transit lines and, as proposals trickled out, billions in tax incentives.

The details of most bids are not public, to the frustration of even some lawmakers. A few elected officials from the short list of 20 cities signed what amounted to a mutual nonaggression pact, trying to avoid a bidding war that would give up too much from taxpayers.

But mostly, cities continued their hard sell, showing Amazon executives around their proposed sites and trying to assure the company that the region had sufficient housing and transportation. Since wrapping up visits with cities in the spring, Amazon has been almost silent on the search. That led journalists, residents and politicians to look for clues in new job postings and the flight path of the corporate jet used by Jeff Bezos, Amazon’s chief executive.

To meet its own deadlines, Amazon will need to move fast. It had said it wanted 500,000 square feet of office space — enough for thousands of employees — available for use next year. Jay Brodsky, who lives in Arlington, Virginia, said about a week ago that his wife took part in a 45-minute phone survey about her opinion if Amazon moved to the area. “It was everything from, ‘What do you think about the local government,’ to ‘Are you concerned about traffic?'” he said. She received an Amazon gift card for participating.

“People are sort of on pins and needles,” Brodsky said. “It’s almost like people want it to happen, and are afraid of what would happen if it does.”