Amazon, Google and the royal family. Is the Montessori Method the secret sauce to success? 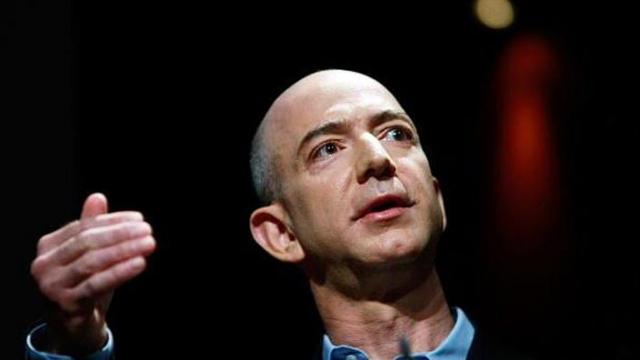 Children are often told what they should do, rather than what they can do.

Shifting that philosophy from directive (should) to open-ended (can) is at the heart of the Montessori Method of teaching. Rather than being told what to do, children are granted independence to pursue their unique, personal interests, inspiring a love for learning at an early age.

According to the American Montessori Society, "Given the freedom and support to question, to probe deeply and to make connections, Montessori students become confident, enthusiastic, self-directed learners. They are able to think critically, work collaboratively and act boldly."

Is this method of unstructured work time and learning through discovery the catalyst to success in adulthood? Proponents of the Montessori Method, such as Apple co-founder Steve Wozniak and the late PBS host Fred Rogers, have emphasized the value of this self-directed style of learning, as have many of Montessori's famously successful former students.

Viewing the accomplishments tallied by well-known program devotees in terms of the educational philosophies at their foundation helps explain how these tech game changers, award-winning artists and musicians, Nobel Prize winners, political activists, entrepreneurs and even royals have achieved at such high levels.

The Montessori Method is based on the belief that the most valuable learning occurs when students are at the center of the educational approach. For this reason, Montessori classes are developed to bolster each individual student's efforts to learn what they desire to learn and educate themselves in the process.

Will Wright, a former Montessori student and creator of popular games The Sims and Sim City, develops games that allow participants to "tinker toward perfection," which is defined by the players themselves. His games encourage players to discover scientific principles in fun ways and with open-ended goals.

Montessori teachers set parameters for classes, but students decide where they want to focus.

Larry Page and Sergey Brin, founders of Google, attribute much of their success to their early education in Montessori and this "self-regulated" learning approach.

Google's "20 Percent" policy, which encourages employees to spend 20 percent of their time each week on something they are passionate about rather than what's written on their job description, embodies this approach. This policy has led to such successes as Google Maps and Gmail.

Montessori students have the flexibility and freedom to track down answers to their own questions.

Amazon founder Jeff Bezos took this Montessori philosophy to heart when setting the company's strategy of testing out new ideas and markets by discovering opportunities as they go, without fear of failure.

Bezos says as long as his team is learning something from the process or from each other, nothing is viewed as a failure.

Montessori schools are set up as multi-age classrooms, with students roughly three years apart grouped together in a class. This allows for a mentorship structure wherein older students may act as role models to support younger students. Additionally, it helps to set a tone for the promotion of diplomatic conflict resolution and what Maria Montessori termed "education for peace."

As a former assistant at Montessori, Diana, Princess of Wales, both learned and helped teach this peaceful policy to her young students and eventually to her sons, Princes William and Harry, both of whom attended a Montessori school as children.

This concept is illustrated by the royals' vast humanitarian efforts and the care they show to communities and causes in need.